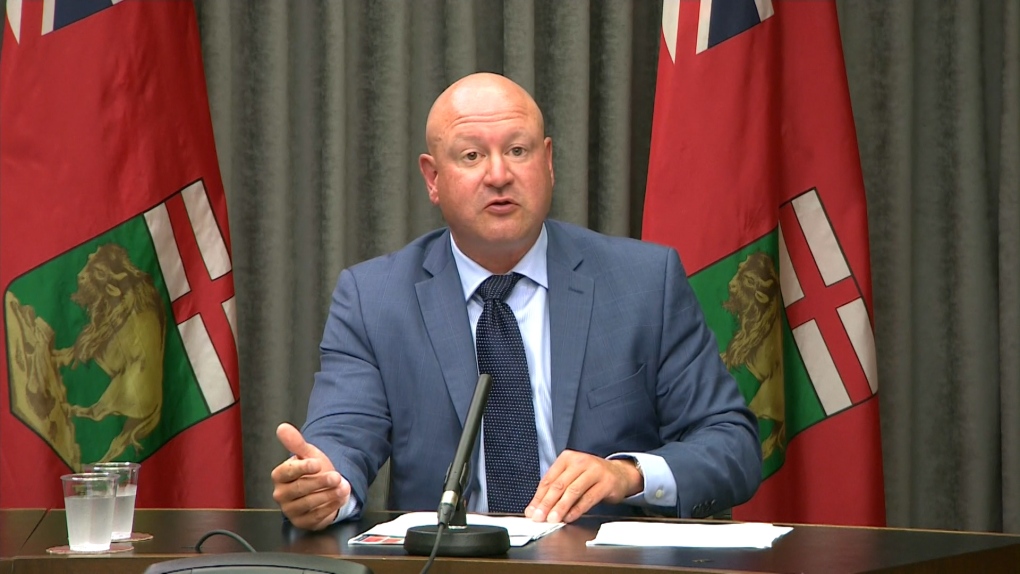 Manitoba's top doctor is clarifying some rules about wearing masks in public places.

The topic of mask wearing in indoor public places has been front and centre in Manitoba after three Manitoba MLAs apologized for not wearing masks while taking a picture at an event last week.

Families Minister Rochelle Squires, Health Minister Audrey Gordon and Sport, Culture and Heritage Minister Cathy Cox were all pictured at an event Saturday at the Winnipeg Art Gallery (WAG) without their masks on.

Winnipeg councillor Markus Chambers was also briefly seen with his mask off while taking a picture.

All have since apologized for the incident.

Dr. Brent Roussin, the chief provincial public health officer, offered some clarification about the rules on Wednesday. He said while people should be wearing masks the majority of the time, there are exceptions.

He added the mask should be put back on as soon as possible afterward.

Roussin said he didn't have the specifics from the WAG event but said if the masks were off just for a picture, that is acceptable.

Gordon offered a second apology on Tuesday following another picture from the weekend event at the WAG showing her standing maskless with a group of people.

In a statement to CTV News, Manitoba Justice said it, "has consistently confirmed that all credible reports are assessed for further action, which may include education, warnings or fines."

Gordon did say that if she was given a ticket for not wearing a mask, she would pay for it.

-With files from CTV's Danton Unger and Josh Crabb