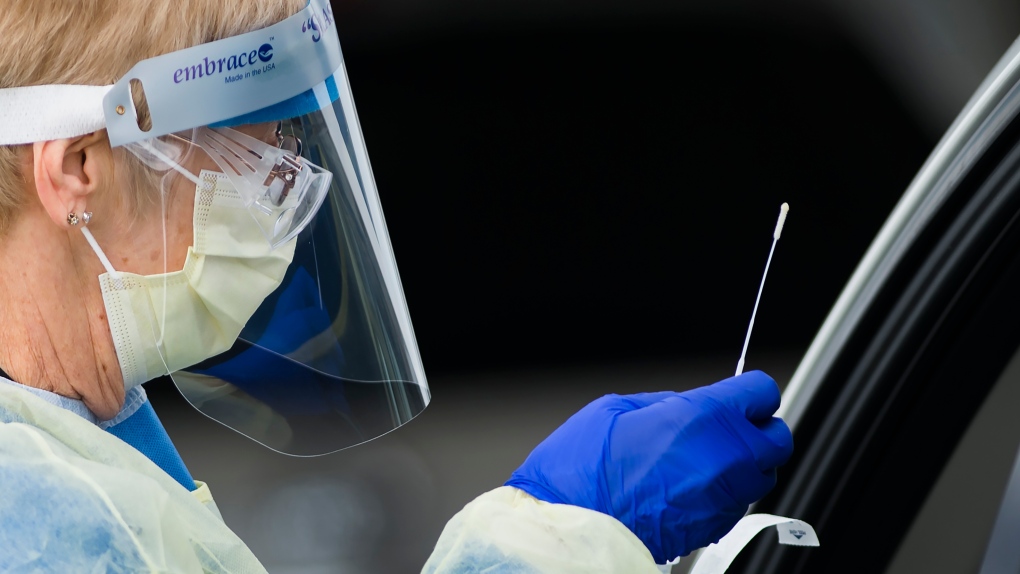 WINNIPEG -- The Manitoba government announced two more deaths and 97 new cases of COVID-19 in the province Saturday, setting a single-day record once again.

The two people who died were both women in Winnipeg; one in her 80s and the other in her 90s, according to a news bulletin from the province. The cases were previously identified.

COVID-19 is now linked to 32 deaths in Manitoba.

Of the 97 new cases, 74 are in Winnipeg. Nine cases are in the Interlake-Eastern health region, seven in Prairie Mountain Health, six in Southern Health and one in the Northern health region.

The previous single-day record in the number of cases was set one day before. On Friday, Manitoba announced 84 new infections and three coronavirus-related deaths.

Twenty four people are in hospital with four in intensive care.

The current five-day test positivity rate is three per cent. On Friday, 2,196 COVID-19 tests were done, bringing the total number to 205,552 since early February.

The province is warning Manitobans about a possible exposure at a school in Brandon. Public health officials identified a case at École Secondaire Neelin High School on Oct. 2.

According to the bulletin “there is no evidence the infection was acquired in school.”

Public health has asked the individual’s close contacts to self-isolate.

THANKSGIVING IN A PANDEMIC

The province is also urging Manitobans to be cautious while visiting seniors, after outbreaks were declared at multiple personal care homes.

Chief provincial public health officer Dr. Brent Roussin has repeatedly urged people to rethink their Thanksgiving plans. Manitobans are being asked to keep gatherings small this weekend and to avoid celebrating with people from outside their own households.