The Winnipeg Santa Claus Parade takes place Saturday: here's the route and how to watch from home 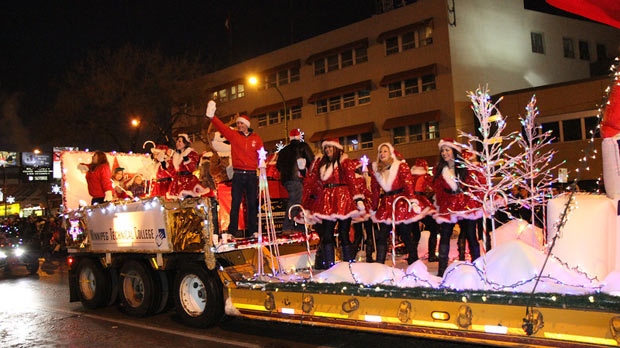 WINNIPEG -- An annual holiday tradition is set to take over Winnipeg streets this weekend.

The Winnipeg Santa Claus Parade take place Saturday Nov. 16, 2019, beginning at 5 p.m. The parade is expected to last about 50 to 60 minutes from the first float to the last, with Santa projected to reach the end of the route around 6:50 p.m.

To watch the parade from the comfort of your own home, CTV News Winnipeg will be live streaming the event on its website as soon as the parade gets underway, and it will play on air on television at 6:10 p.m.

This year there will be 60 floats in the parade, and the grand marshal is Gloria Cardwell Hoeppner, former executive director of West End BIZ.

Road closures for the parade begin at 2:30 p.m.

The Winnipeg Santa Claus Parade is coming up on Saturday. Information on the route, where you can watch it and when it begins can be found here: https://t.co/ekgw3uSzCf pic.twitter.com/9KlKdLaa2o