WINNIPEG -- All available vaccine doses for a walk-in clinic at the Leila vaccination supersite scheduled Thursday have been spoken for before 9 a.m., according to the province.

Thursday’s clinic follows two days of walk-ins at the supersite where thousands of Manitobans got COVID-19 vaccinations, both first and second doses.

In a tweet Thursday morning, the Manitoba government said the response to the clinics has been incredible, and that all available doses have been assigned and no further appointments are being taken.

“We’re super happy and excited to get a number and they said that means you’ll get today,” said Garry Burgess who was in Thursday’s Leila supersite walk-in lineup.

Burgess was there to receive a second vaccine dose, despite having an appointment booked for later in July. He was joined by Michelle Burgess, with both of them decked out in pro-vaccination t-shirts saying, ‘This is our Shot.’ 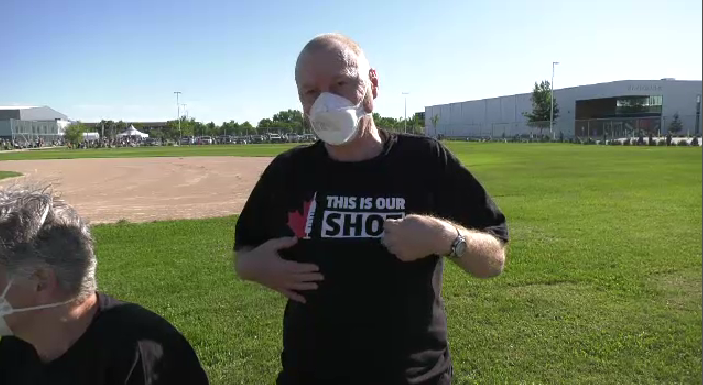 “I have no doubt (that) if I caught COVID, I would get the serious kind because of my age,” said Garry.

For Hannah Clarke and Danielle Boily, the lineup was a bit like a mobile picnic. With a lawn chair, a blanket, and other supplies, they moved their gear closer to the supersite entry as their number approached.

“We got here at seven o’clock and we heard from a person ahead of us that there are people 12th in line who had been here at 5:30,” said Clarke. “Yeah, it’s definitely a first-come, first-serve situation.” 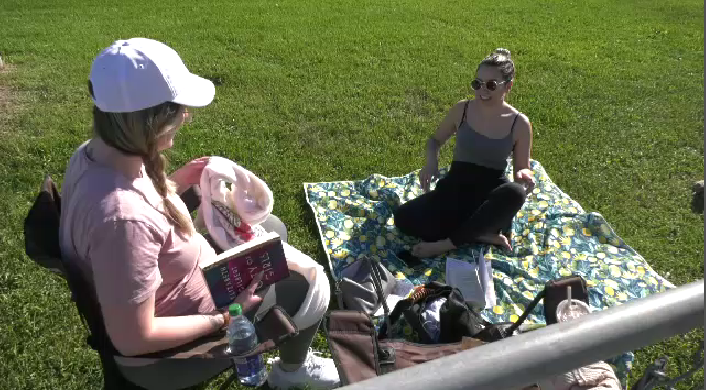 The previous days’ walk-in clinics featured long lines, with Wednesday’s clinic closing four hours early than scheduled due to an overwhelming response by people taking advantage of the opportunity of getting fully vaccinated sooner.

The clinics were meant for first dose vaccinations, but the province said on Tuesday they were not turning people away.

On Wednesday, there was a shorter line for first dose vaccinations at the Leila supersite.

Johanu Botha, the operations, planning, and logistics lead for the Vaccine Implementation Task Force said the province was hopeful the clinics would be successful and that more supersite walk-ins will be coming that will balance first and second doses.

“While we want second dose individuals to get their dose sooner if they would like it, we don't want to get in the way of someone who doesn't have any protection yet,” said Botha.

The walk-ins are happening now largely because the province is expecting more than 300,000 doses of the Moderna vaccine before the end of June.

The vaccine task force is planning to add walk-ins at all supersites, except the RBC Convention Centre. More doses will be coming to doctors and pharmacists each week, as well as for mobile and community-based clinics.

With files from CTV’s Michelle Gerwing