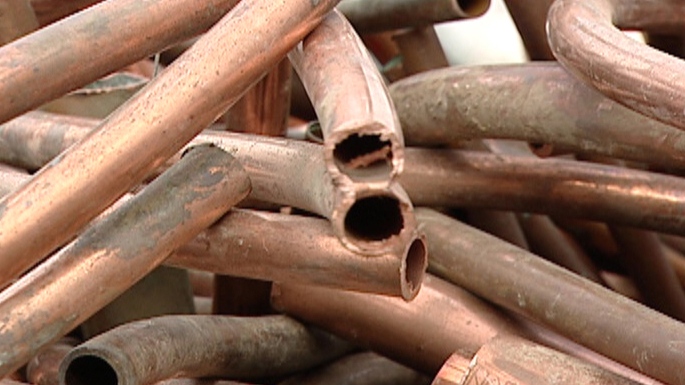 CTV file image of copper, one of the scrap metals seized April 19.

A City of Winnipeg employee, 32, is facing a charge of theft over $5,000 after city property was seized from a rural residence in St. Adolphe, Man.

“It was all basically metal, various types of metal that was effectively going to be used for scrap,” said Const. Rob Carver, Winnipeg Police Service, adding the items included a decommissioned fire hydrant and copper piping, and had value as scrap metal.

“And in this particular climate, that’s actually worth a fair amount of money.”

Police began investigating April 12 and used a warrant to search the property April 19, when the metal was found.

Carver said the City of Winnipeg tipped off police investigators. He also said the employee, who works in the water and waste department, can’t be identified publically because they have not been formally charged yet.

“We’re not naming him because it’s illegal at this point for us to do that,” said Carver.

Carver said the decision was made for police to publically release details of the arrest in part due to recent investigations involving city employees from another department.

“It’s very similar to when a police officer is charged,” said Carver, “The public wants to know.”