'Potentially a solution': Province examining use of rapid testing in schools 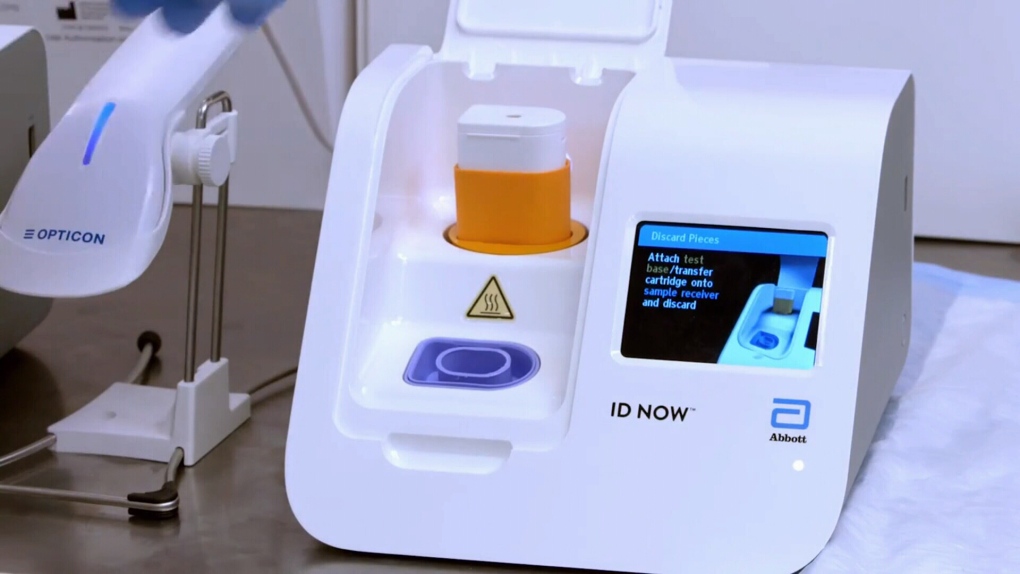 WINNIPEG -- The province is examining the use of rapid testing in Manitoba’s school system.

Education Minister Kelvin Goertzen was asked Wednesday about the potential for using the rapid tests after he announced Grade 7 to 12 students would be moving to remote learning temporarily following the winter break.

“Rapid testing is something that our government and our premier have indicated is a priority for us and we do believe that education has a role in that as well, and I do believe that you’ll be hearing more about that in the relatively near future,” Goertzen said.

Both Goertzen and Manitoba’s Chief Public Health Officer Dr. Brent Roussin noted COVID-19 transmission remains low in the school system, and said the classroom is the best place for students.

“We don't want any transmission, but if you compare that to the overall population, you can see that there just isn't a lot of transmission going on in the schools, so we'll continue to monitor it whenever we feel that there's increased risk,” said Roussin.

Ahead of the start of the school year in September, Goertzen said approximately 400 staff, primarily teachers, were hired.

“As the virus has progressed more significantly than we would like in Manitoba, we’ve had more teachers that have either become sick themselves or have had contacts and have had to self-isolate, and so rapid testing is a part of potentially a solution, and so that is being examined.”

According to the Manitoba Teachers’ Society, there have been 675 cases in schools as of Nov. 17. Of those cases, 513 were students and 162 were staff members.

Public Health is still advising people to only go for COVID-19 testing if they’re symptomatic or if they have been directed to. Roussin was asked whether testing should take a broader approach, and include schools as a whole.

“We can't change our entire approach because we have a few days of lower test numbers, so we'll see where things go and we're looking at various ways to use our capacity broadly,” said Roussin.

-With files from CTV’s Charles Lefebvre