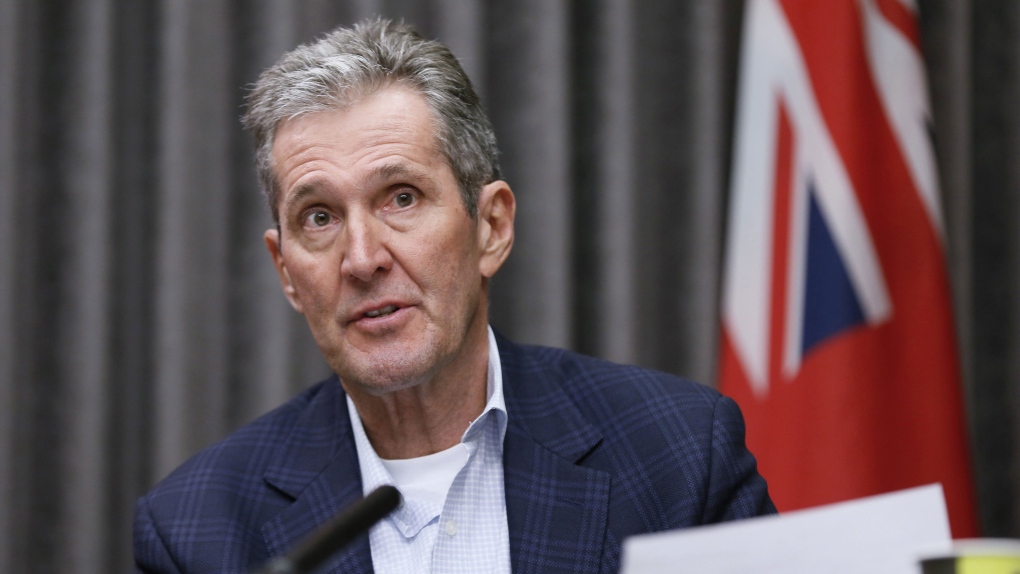 WINNIPEG -- Manitoba's premier said the provincial government plans to put a minimum of $50 million to cut back on wait times and catch up on a 'pandemic pileup' of more than 10,000 delayed surgeries.

During a news conference on Wednesday, Premier Brian Pallister said the province is planning to include the money as a part of Budget 2021.

"We are still facing a serious backlog of surgeries and procedures that have been delayed due to COVID-19," Pallister said in a news release.

"This pandemic pile up means that there are thousands of surgeries that have been delayed and that number continues to grow. Each delay means a Manitoban that is hurting while they wait."

Pallister said the additional money will be used in part to target the backlog of hip, knee and cataract procedures.

He said this money will help the province 'whittle away' at surgery wait times.

"I'm not suggesting that we are going to be able to get them down to zero overnight – they haven't been at zero for a lot of years," he said.

When asked how specifically this funding would be used to cut down on wait times, Pallister said he would let Manitoba's health and finance ministers address it – neither of whom attended the news conference.

In terms of how the funding would be divided among Manitoba health regions, the premier said only that it would be allocated fairly.

Pallister said more details about the funding will be announced after the province releases its budget for 2021.

Uzoma Asagwara, the Manitoba NDP health critic, said it was unfortunate that Manitoba Health Minister Heather Stefanson was not at the news conference to make the announcement herself.

"It would have been great to hear directly from the minister responsible how they plan on addressing this growing backlog, and maybe that would have shed a bit more light on how they actually plan on doing so," Asagwara said, adding the announcement lacked details in terms of how the province will address the backlog.

"We've got more questions than we do answers, quite frankly."

They said there is no clear indication on what surgeries will be included in this funding, such as cancer or neurological related surgeries.

In a statement to CTV News, Doctors Manitoba said it is pleased with the Premier's announcement.

"This is a very good start towards catching up on the thousands of patients who have had to wait for their procedure because of this pandemic," Doctors Manitoba said.

"We recommended a special investment to government to address the growing backlog, and we look forward to working together for those Manitobans still waiting for care."