Manitoba RCMP have arrested and charged four more people in connection to a wild party in East St. Paul near the end of October.

Officers were originally called to a home on Saddleridge Lane in East St. Paul on Oct. 29 for reports of a large party.

When police got to the home, RCMP said several people jumped on the police vehicles and caused significant damage. In previous reports, CTV News Winnipeg said the vehicles were swarmed by around 70 intoxicated youth.

On Nov. 24, police announced they had arrested four people—three boys and a girl—and they had all been charged with mischief.

Police said each person was charged with mischief and released from custody. They are scheduled to appear in court on March 7, 2023.

On top of the arrests, RCMP are still trying to identify one male and officers wish to speak to him. 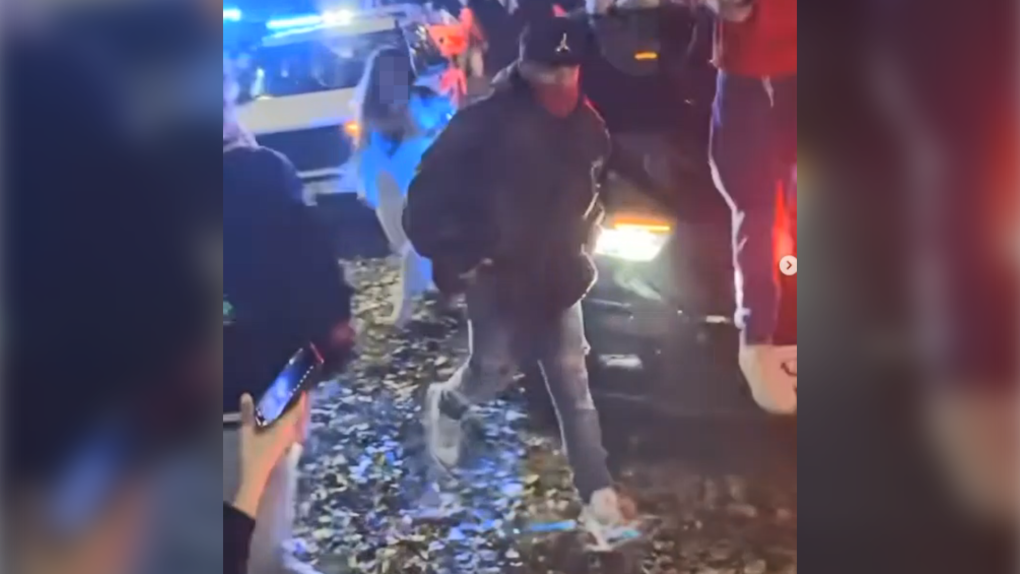 The RCMP has released images of the two people they would like to speak with. (Source: Manitoba RCMP)

Dozens of Russian and Ukrainian prisoners of war have returned home following a prisoner swap, officials on both sides said Saturday.

Marit Stiles is expected to be confirmed as the new leader of the Ontario NDP today.

In a terrible way, the death of Tyre Nichols brings vindication to members of the Black community in Memphis who live in terror of police.

A train derailment and resulting large fire prompted an evacuation order and a declaration of a state of emergency in an Ohio village near the Pennsylvania state line on Friday night, covering the area in billows of smoke lit orange by the flames below.