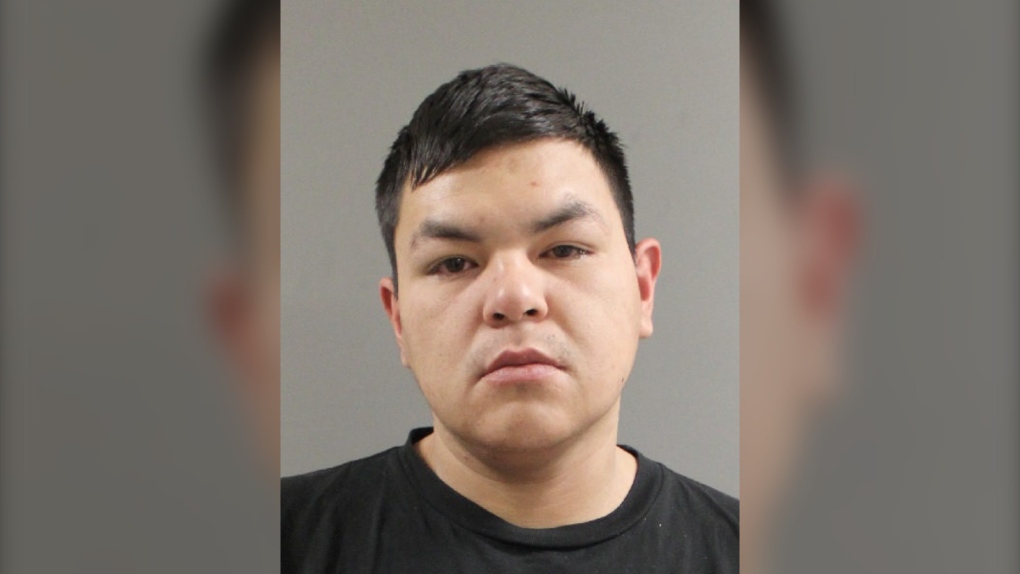 Jesse Myles St. Paul is wanted by RCMP in connection with an armed robbery and kidnapping that happened at the beginning of October. Oct. 12, 2022. (Source: Manitoba RCMP)

Manitoba RCMP has identified one suspect who is wanted after a robbery and kidnapping involving a firearm at the beginning of October.

The incident happened on Oct. 1 when two men were travelling in a truck with a camper and stopped for the night on PR 227 off Highway 16.

RCMP said three men opened the door to the truck around 4:30 a.m. and yelled at the man to get out of the vehicle. He was then assaulted and threatened with a firearm.

The men drove off with the truck and camper and police say they knew there was someone inside the camper.

The trailer was found near the intersection of Highway 16 and Highway 50 and the man inside, a 69-year-old from India, was found safe inside.

The other man, a 33-year-old, was taken to hospital with non-life-threatening injuries.

RCMP has identified one of the three wanted men and a warrant has been issued for his arrest.

St. Paul is listed as six-feet-tall, 180 pounds with black hair and brown eyes. Police say he is known to often be in the areas of Portage la Prairie and Ebb and Flow First Nation.

If he is spotted, police are telling the public not to approach him, saying he is known to be violent and that they should call police right away.

RCMP said officers continue to work on identifying the other two suspects in the incident.