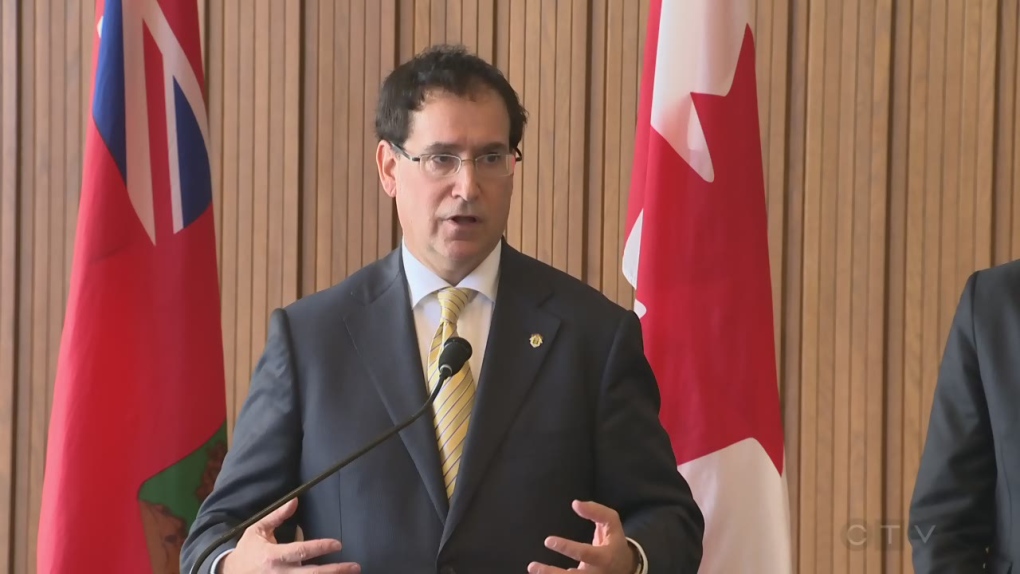 Candidates in the Charleswood-St. James-Assiniboia-Headingley riding are anticipating a judicial recount, after Marty Morantz of the Conservative Party of Canada snagged re-election with just 24 votes over Liberal candidate Doug Eyolfson.

"I'm feeling great – it has been a very tense couple of days," Morantz told CTV News Wednesday night, thanking his family and volunteers on the campaign.

The tense days may not be over yet in the riding. With such a small margin between the two candidates, Morantz said a judicial recount must take place.

According to Elections Canada, a judicial recount must take place if the difference in votes is less than one one-thousandth of the total votes cast.

RECOUNT HOLDS 'GOOD CHANCE' THAT RIDING COULD FLIP TO LIBERALS

"I can't remember a margin so tight in a Manitoba election as this one – 24 votes is a very, very tiny amount," said Christopher Adams, adjunct professor of political studies at the University of Manitoba.

He said a recount would see Elections Canada officials reopen ballot boxes and examine every single vote under the watchful eye of scrutineers from the candidates' campaigns and likely their lawyers as well.

Morantz said he will let the process unfold.

"I am very happy that I have been re-elected to parliament and I can't wait to get back to Ottawa to continue to fight for the constituents of this great riding and in fact for all Canadians. At the same time, I am going to respect the process," he said.

A spokesperson for Eyolfson's campaign said the Liberal candidate will not be speaking with media until a recount has been completed. On Twitter, Eyolfson said they anticipate a recount to happen in the coming days.

PPC SUPPORT MAY HAVE PULLED FROM CONSERVATIVE BASE

Adams said if the riding does stay with Morantz after the recount, then all 14 incumbents in Manitoba will have been re-elected in this election.

He said one of the factors that may have attributed to such a close race between Morantz and Eyolfson is the support given to the People's Party of Canada (PPC).

"We do know that in national polling data that the People's Party draws overwhelmingly from those who traditionally vote for the Conservative Party," Adams said.

"If the People's Party hadn't been running in this election, you can bet Marty Morantz wouldn't have had such a tiny, tiny margin over Doug Eyolfson."