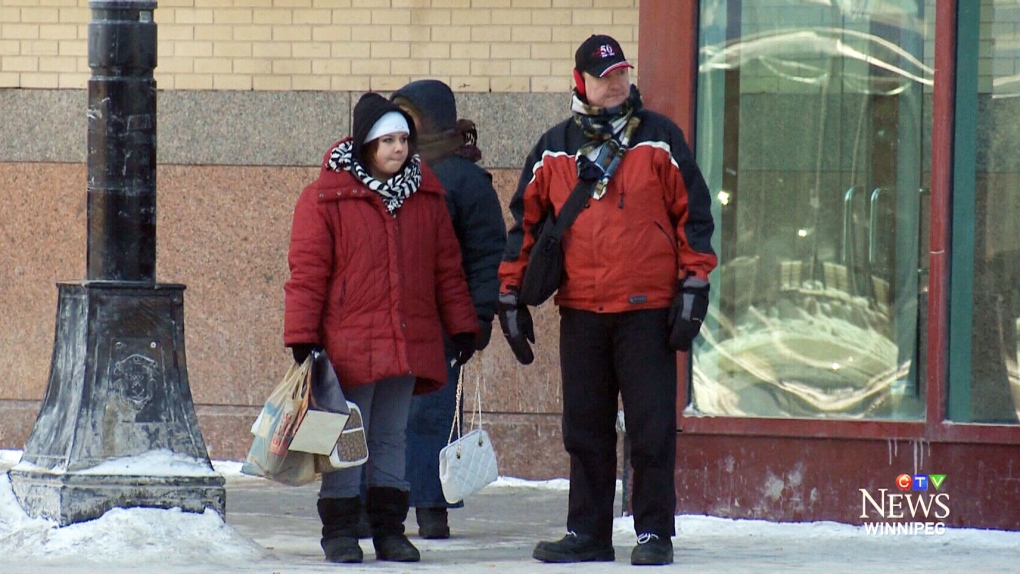 Environment Canada says Winnipeg will get a mix of snow and rain on Saturday, with a possible snowfall amount of two to four centimetres. (File image)

Environment Canada says Winnipeg will get a mix of snow and rain on Saturday, with a possible snowfall amount of two to four centimetres.

The forecast calls for a high of 2 C in Winnipeg.

There is a 30 per cent chance of flurries Saturday night. The overnight low is -6 C and the wind will come out of the north at 30 km/h.

Tomorrow, expect a mix of sun and cloud in the morning, becoming sunny by the afternoon. The wind will continue blowing out of the north at 30 km/h, but will taper off by the evening. The high on Sunday will be -1 C.

Winter will bite back at us in the early part of next week, with below normal temperatures. The overnight lows on Sunday, Monday and Tuesday will be -14 C, -18 C, and -19 C respectively.

We likely won’t see highs above zero until Thursday.

Winter will return to other parts of southern Manitoba as well. Environment Canada issued a snowfall warning for Dauphin, calling for up to 10 centimetres on Saturday and another two to four centimetres overnight.

Brandon could also receive two to four centimetres of snow on Saturday, while Gimli could receive up to five centimetres.