The latest from the campaign trail as Election Day grows closer

The latest from the campaign trail as Election Day grows closer 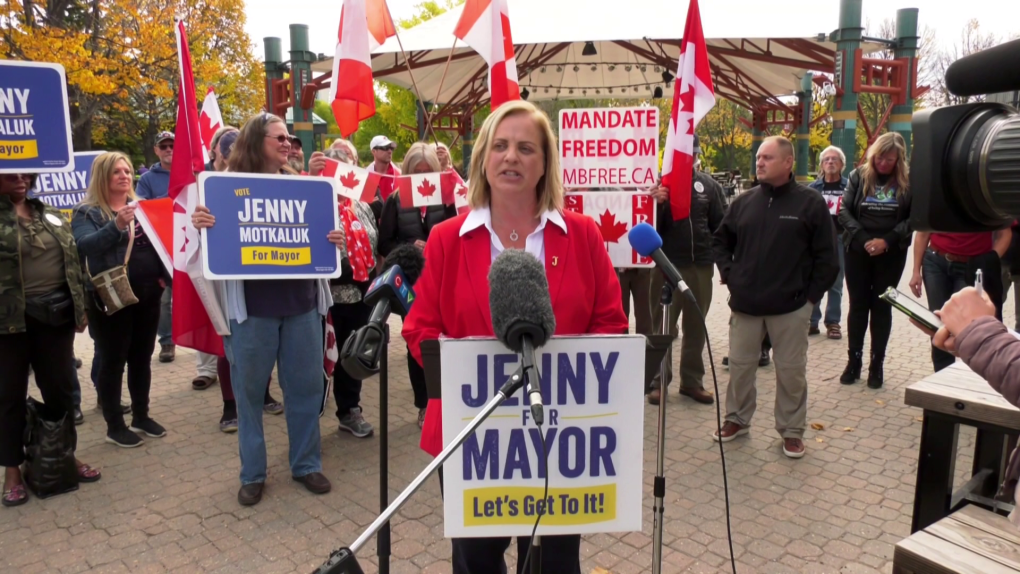 There are just over three weeks left until the Winnipeg election, and here are the latest announcements from the campaign trail.

Idris Adelakun is sharing his plans to support business owners and help them grow their businesses.

“I will gradually change the work culture in City Hall to promote growth and serve the interest of Winnipeggers,” Adelakun said in a news release.

Some of the ways Adelakun plans to do this by collaborating with credit unions to give loans to projects and there will be a committee to review those projects.

He also wants to change the budgeting structure at the city. “With the council’s support, I will implement priority-based budgeting and stop using the ‘traditional increment approach.’ This approach will ensure we support programs that will yield more benefits to Winnipeggers.”

He also wants to update zoning bylaws, collaborate with the province to make sure business owners can register and get a license on time, as well as review and modify bylaws.

Scott Gillingham said if he is elected mayor, he wants to add different recreation and community spaces.

On Sunday, he announced his plan to implement a one-time .25 per cent property tax increase that would be used for the Parks and Recreation Enhancement Program. It would ensure the program is funded through 2027, with a minimum funding of $1.8 million.

“That minimum funding level will be enough to allow $120,000 in funding per ward to be used every year by councillors for ward projects ranging from park paths to playgrounds to Pickleball courts,” a news release from Gillingham said.

Gillingham also said he will work to prioritize projects that are already on the city’s list and would try to pair them with partnerships or alternative funding to make sure they are completed faster.

Lastly, he said he would help establish student work programs that could staff the new rec centres and services.

Jenny Motkaluk turned her focus to Canada Day on Monday, saying she wants to ensure Winnipeggers can celebrate the event at The Forks. This comes after The Forks held a ‘New Day at The Forks’ event this past July as a way to provide a welcoming space for all communities.

Motkaluk said for future events, Winnipeggers will be able to come together to celebrate Canada Day.

She said being proud of Winnipeg and of Canada is one of the main points of her plan for the city.

“Canada is an amazing country, one of the best in the world, where anyone, whether they are new to our land or like me, grew up poor in the North End of Winnipeg, anyone can accomplish whatever they want, build a life, build a family, build a career, and live in a wonderful place we choose – we choose – to be our home.”

CTV News in Pakistan: Afghans forced out of their homeland now homeless

CTV National News Executive Producer Rosa Hwang shares what she witnessed during a visit to a refugee camp in Pakistan, where Afghan children live in flimsy tents set up in a park, without the basics like running water or enough food, with only their mothers for protection.

Ten food trend predictions for 2023, according to Yelp

What trendy things will we be eating and drinking next year? Predictions for the top 10 food and beverage trends of 2023 were revealed recently by review site Yelp.

Drug slows Alzheimer's but can it make a real difference?

An experimental Alzheimer's drug modestly slowed the brain disease's inevitable worsening, researchers reported Tuesday – but it remains unclear how much difference that might make in people's lives.

The U.S. Senate passed bipartisan legislation Tuesday to protect same-sex marriages, an extraordinary sign of shifting national politics on the issue and a measure of relief for the hundreds of thousands of same-sex couples who have married since the Supreme Court's 2015 decision that legalized gay marriage countrywide.