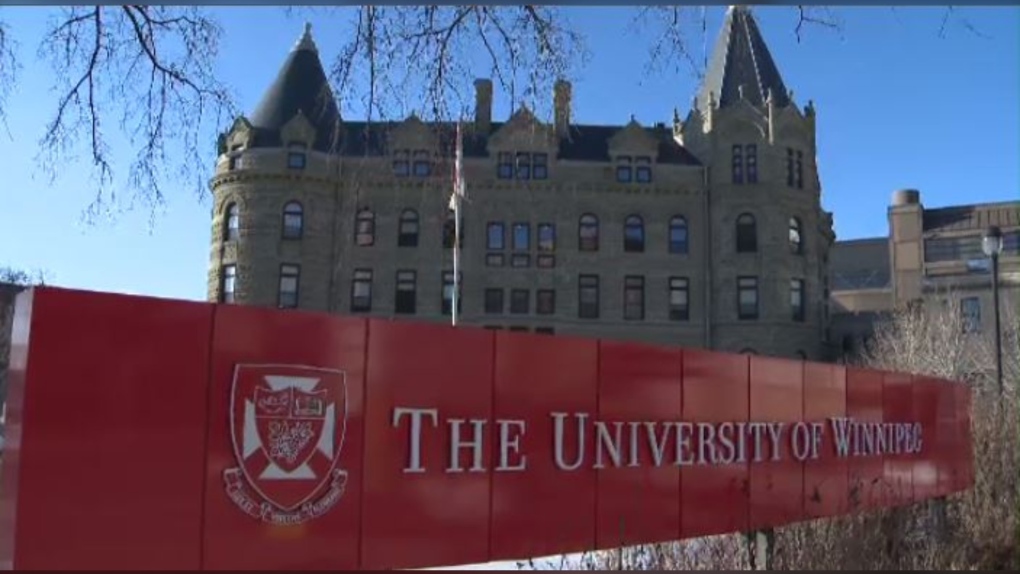 The University of Winnipeg appears in an undated image.

A trio of instructors at the University of Winnipeg who were placed on unpaid leave due to their vaccination status are suing the school and the province over the COVID-19 vaccine policy they say is discriminatory and 'vilified' them as unvaccinated people.

A statement of claim filed in Manitoba's Court of Queen's Bench on Jan. 10, 2022, looks to take the University of Winnipeg (U of W), along with the province and Dr. Brent Roussin, the chief provincial public health officer, to court.

Manitoba Health and Seniors Care and the Ministry of Advanced Education, Skills and Immigration are also named as defendants in the case.

The claim said University of Winnipeg instructors Renise Mlodzinski, Evan Maltman and Kyle Du Val – the plaintiffs in the case – were placed on an involuntary unpaid leave of absence on Sept. 7, 2021, after the university put its vaccination policy in place.

The claim alleges these instructors did not receive notice of the policy until Oct. 4.

It said these instructors have "suffered vilification and extreme ill-will being directed at them as 'unvaccinated' people," and is calling on the court to declare the mandatory COVID-19 vaccine policy is "overboard, unreasonable and discriminatory."

It said these instructors have suffered damages, including severe and permanent psychological, physical and emotional trauma, and post-traumatic stress disorder.

"The Defendants' actions were malicious, oppressive, high-handed and would offend the court's sense of decency," the claim reads.

The claim is seeking $1 million in charter damages and an order declaring the defendants violated the plaintiffs' rights, along with up to another $1 million in damages for "intentional infliction of mental distress, assault and battery."

In a written statement to CTV News, a U of W spokesperson said the university and collegiate are following public health directives which are based on the best scientific evidence.

"Our vaccine mandate is part of our plan to ensure a safe working and learning environment for faculty, staff and students," the spokesperson said in an email. "The lawsuit is misconceived and will be challenged accordingly."

Leighton Grey, the lawyer representing the plaintiffs in the case, declined a request for comment from CTV News.

None of the allegations in the statement of claim have been proven in court. As of Monday, no statement of defence has been filed.

An 18-year-old gunman opened fire Tuesday at a Texas elementary school, killing at least 19 children as he went from classroom to classroom, officials said, in the deadliest school shooting in nearly a decade and the latest gruesome moment for a country scarred by a string of massacres. The attacker was killed by law enforcement.