'We were pretty lucky': Winnipegger in Halifax recounts Fiona's wrath

'We were pretty lucky': Winnipegger in Halifax recounts Fiona's wrath

As a Winnipegger living in Halifax, Justin Cross says he didn't know what to expect as post-tropical storm Fiona pummelled Atlantic Canada.

This is Cross' third year living in Halifax while attending school at Dalhousie University, and he says he has never experienced anything like he has in the past 24 hours.

"My family in Winnipeg was sending the articles of you know all the news saying it's going to be Canada's worst storm and stuff and they were kind of freaking out more than me," he told CTV News from his home in Halifax.

He said around 10 p.m. Friday night, he started to hear the winds howling.

"We looked outside and we started seeing some trees swaying a lot. And then we were all in our kitchen at around 12 and we just heard this big bang," he said.

One of the trees right in front of his house had blown over and crushed a neighbour's truck. 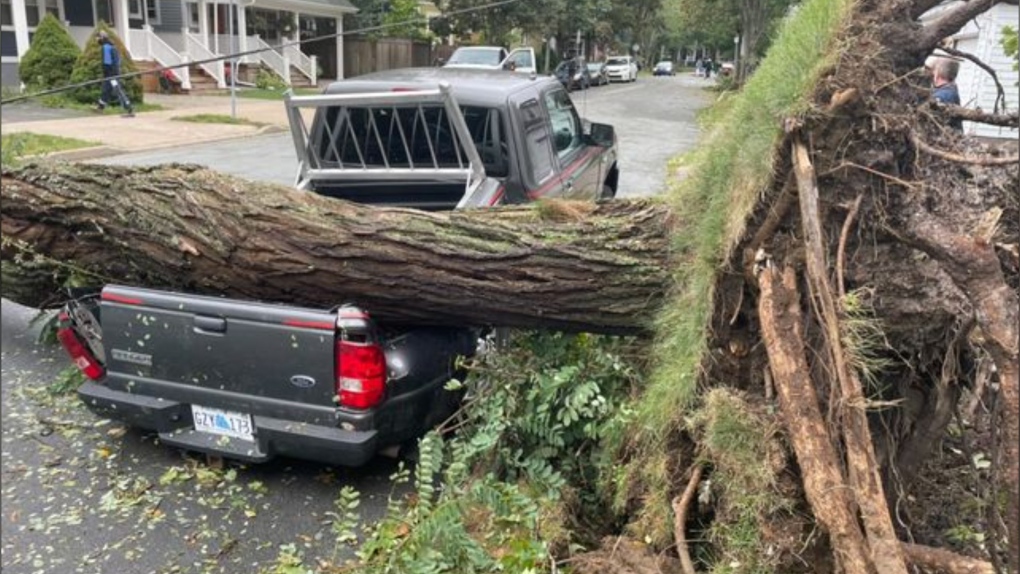 The aftermath of post-tropical storm Fiona in Halifax on Sept. 24, 2022. (Source: Justin Cross)

"The winds, how strong they were, I've never experienced anything like that," he said.

Fiona, one of the strongest storms to ever strike Eastern Canada, forced towns in Cape Breton and on Newfoundland's southwestern coast to declare states of emergency.

At the Halifax Stanfield International Airport wind gusts of 109 km/h were reported around 3 a.m., hitting 135 km/h at the mouth of Halifax Harbour.

"Waking up this morning I just went for a drive and the roads were covered. People were helping as much as they can, like cutting down branches," he said, adding no one in his area was injured.

Cross said as of Saturday, most of Halifax is without power and may be in the dark for a few days. 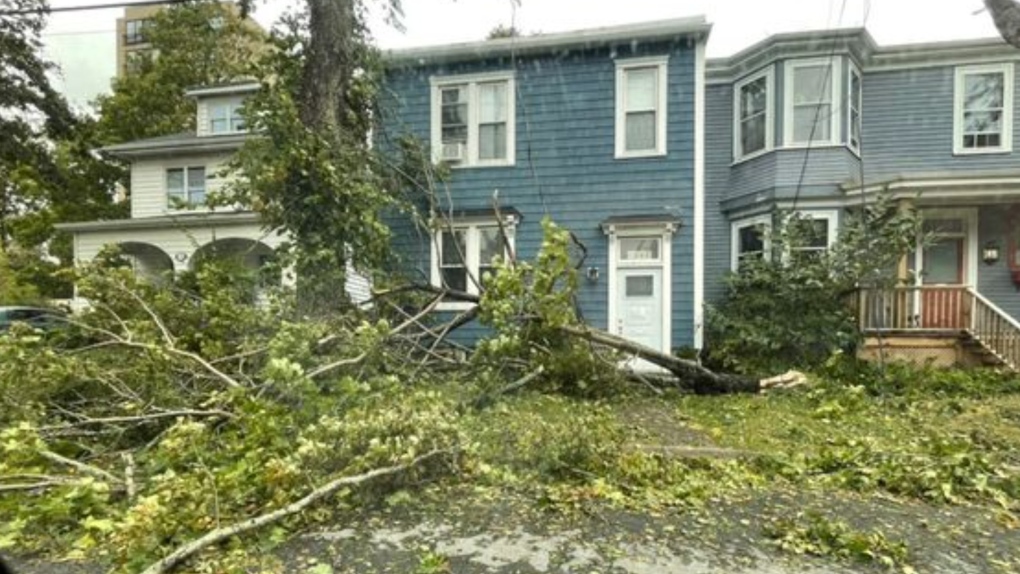 The aftermath of post-tropical storm Fiona in Halifax on Sept. 24, 2022. (Source: Justin Cross)

"Hopefully, we'll have enough food to get by, but some rough conditions in Halifax right now."

He said he spoke with his family Saturday morning to let them know he was okay.

"We luckily just got the outskirts of it," he said. "I think we were pretty lucky in the overall picture of things, but it definitely could have been worse."

A judge has acquitted Maj.-Gen. Dany Fortin of sexual assault over an allegation that dates back to 1988. The allegation stemmed from his time at the military college in St-Jean-sur-Richelieu, Que., which the complainant also attended.

'Doesn't line up': MPs challenge minister over instances of MAID offered to veterans

Veterans Affairs Minister Lawrence MacAulay was challenged by MPs on Monday about how the federal government is handling the growing number of veterans who've reported being offered medical assistance in dying.

Just days after introducing her first bill as Alberta’s premier, Danielle Smith says she is prepared to make changes after widespread criticism that the legislation grants unchecked power.

Prince Harry said the royal household regularly leak stories about each other, calling it 'a dirty game' in a new trailer released on Monday for the much-anticipated Netflix documentary series about him and his wife Meghan.

An Alberta mother is recounting her experience arriving at a packed children's hospital when her young daughter was in dire need of help.

Prime Minister Justin Trudeau says he is listening to concerns that some of the firearms his government is looking to ban are in fact used more for hunting.

Hundreds of people gathered on Sunday night to honour four Indigenous women believed to have been murdered by an alleged serial killer.

Prime Minister Justin Trudeau and Ontario Premier Doug Fourd were in in Ingersoll, Ont. Monday to make an announcement about electrical vehicle manufacturing.