Where Hilary Swank and Alan Ritchson have been spotted in Winnipeg 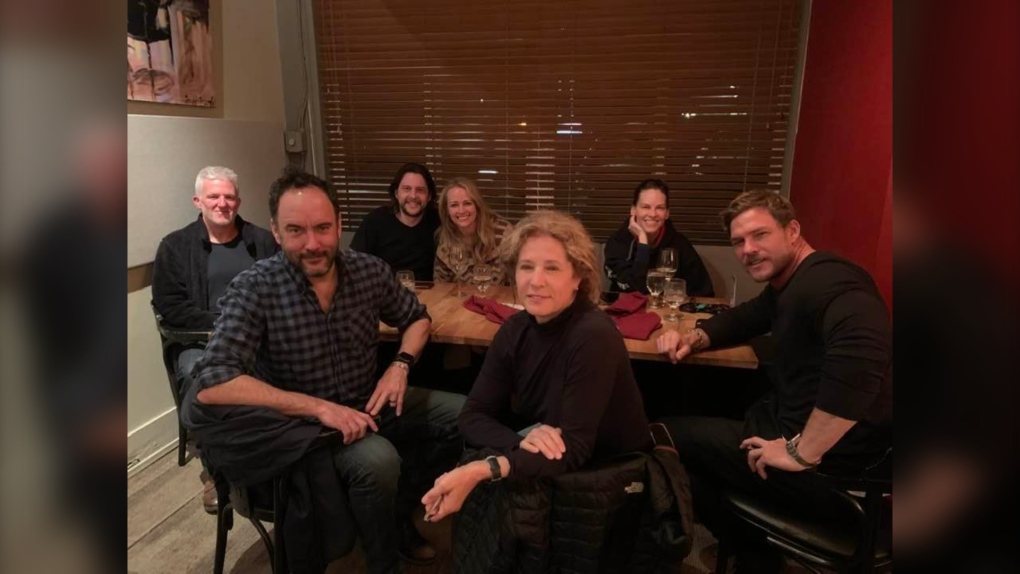 Hilary Swank, Alan Ritchson, along with other cast and crew seen at a restaurant in Winnipeg as they are in the city filming the movie "Ordinary Angels" (Source: Jon Gunn/Facebook)

Hollywood stars like Woody Harrelson, Liam Neeson and Sean Penn have shot movies in Manitoba in recent years, and now another Oscar-winning actor is joining their ranks.

Hilary Swank, along with “Reacher” star Alan Ritchson, Nancy Travis, Drew Powell, Amy Acker and others are in the city filming “Ordinary Angels” and during production, the cast and crew have been popping up around town.

Many of the cast were seen at a restaurant in the city and on Sunday, Swank was spotted at the Winnipeg Winter Club, according to one Instagram post.

The movie is based on a hairdresser helping a widowed father save the life of his daughter who is critically ill.

“Ordinary Angels” is directed by Jon Gunn and is produced by Dave Matthews, lead singer of Dave Matthews Band.

According to a post on Gunn's Facebook page, the crew has been turning Winnipeg into 1993 Kentucky for the shoot, and will be here for the next two weeks.

"Creating a snow storm in Winnipeg (as 1993 Kentucky) is an adventure every day. Now I just need the snow to melt so we can shoot the summer part of the story, but Canada just ain't letting up on the weather!" Gunn said in the post.