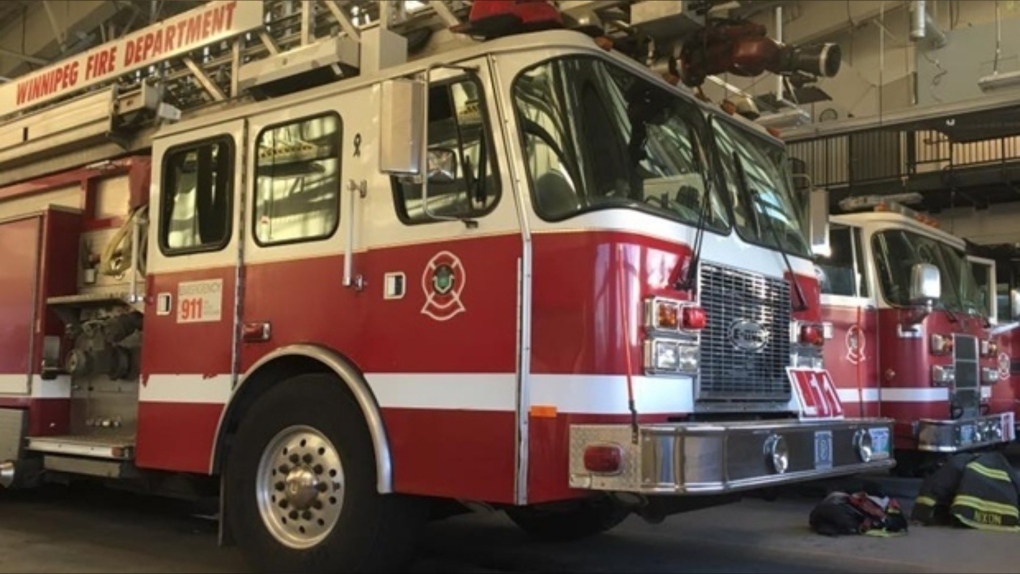 A Winnipeg firefighter is suing a city paramedic for $600,000, alleging they launched a 'defamatory campaign' and accused him of racism following an emergency call in October involving an Indigenous woman.

Kelcey French, a firefighter with the Winnipeg Fire Paramedic Service (WFPS), filed a statement of claim in Manitoba's Court of Queen's Bench on August 9 against Winnipeg paramedic Nishanth Jayaranjan.

The claim alleges French was the target of a 'defamatory campaign' by Jayaranjan.

The allegations all stem from an early-morning emergency call on Oct. 7, 2020, in Winnipeg responding to an Indigenous woman who was suffering from a self-inflicted stab wound to the neck.

According to the claim, French attended to the woman, and found the wound was not actively bleeding. The claim says she was able to stand up and walk to the stretcher. French was told by a lieutenant to accompany the woman in the ambulance with the paramedics, including Jayaranjan.

The claim alleges when French got in the ambulance, Jayaranjan was "immediately hostile and aggressive," insulting French with "profanity and slurs in front of the patient."

The claim goes on to allege that Jayaranjan, "deliberately falsified a patient care report to make it appear as if it care was not promptly provided to the victim."

The events prompted a third-party review of the incident.

After the incident, both French and Jayaranjan filed respectful workplace complaints against each other, according to the claim.

It says Jayaranjan also emailed WFPS Chief John Lane, and copied 10 others including city and union representatives about the incident. The claim says the email stated French refused to help Jayaranjan during the emergency call, alleging this was "racially motivated" and that French's statements "had a racist undertone and meaning."

The claim goes on to say the email was later sent to a reporter in Winnipeg, leading to an article about the incident. The claim says the article "implied that French was racist and refused to render care to the patient because they were a member of an Indigenous community."

The claim alleges Jayaranjan was the one who sent the emails to the reporter, and later using an anonymous Reddit account posted, "further defamatory comments in regard to French."

The firefighter is looking for $500,000 in damages for defamation, along with another $100,000 in punitive damages, "to serve as condemnation of Jayaranjan's cavalier and reckless attacks on French's character," and is asking the court to require Jayaranjan to remove the alleged defamatory post on Reddit.

No statement of defence has been filed as of Tuesday.

"The allegations against our client are both disappointing and strongly disputed," said Derek Olson, the lawyer representing Jayaranjan.

"It is our client's intention to vigorously defend the claim."

A spokesperson for the City of Winnipeg said they are aware of the statement of claim, but would not comment further as the matter is before the courts.

None of the allegations in the statement of claim have been tested in court.

Is working from home or the office better? Some Canadians weigh in

News that she'd be headed back to the office was very welcoming for English instructor Kathy Andvaag, after more than two years teaching from her “dark” and “cold” basement.

Looking to travel this spring? Here are some cost-saving tips

With the spring break travel season approaching, those looking to flee the cold, wet Canadian snow for sunnier skies will likely be met with a hefty price tag for their getaway, with inflation and increased demand pushing costs up.