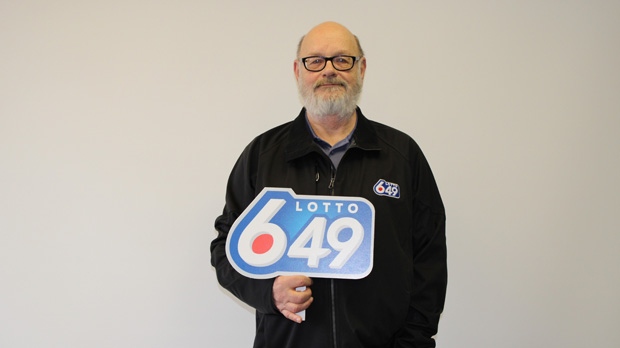 A Winnipeg man has come forward to claim a $13.3 million lottery prize drawn in February.

Retiree Murray Lewis said he discovered he had won hours after the Feb. 27 Lotto 6/49 draw, but took time to get over the initial shock before coming forward, the Western Lottery Corporation said Monday.

“I woke up in the middle of the night, and I checked the numbers while I was up,” Lewis said in a news release, adding that after he realized he won, “I didn’t sleep any more that night. I’m still waiting for it all to sink in.”

Lewis’ winning numbers weren’t picked by random – he had been playing the same set for the past 30 or so years. He said he chose the set while working in quality assurance, with the numbers coming from his and his colleagues’ approval stamps.

The winning ticket was purchased at a PharmaPlus at 963 Henderson Highway.

Lewis said he had been planning a golf trip to Myrtle Beach before his win, and after he found out he splurged on a new set of irons. More gold trips may be in the future, but Lewis said he plans to keep things simple.

“I don’t need anything fancy; taking care of my family and being worry-free is good enough for me,” he said.