A look back at Manitoba's tornadoes so far in 2020 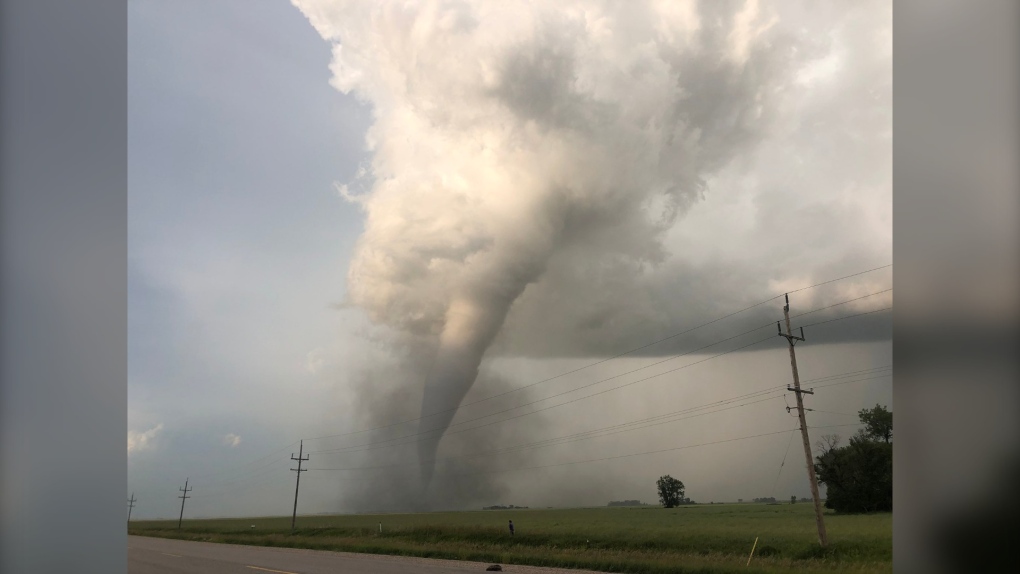 Two 18-year-olds are dead after being thrown from their vehicle during a tornado near Virden, Man. on August 7. (Source: Twitter/ Misheyla Iwasiuk)

WINNIPEG -- Environment Canada says more than half of the tornadoes seen in Manitoba this year occurred within the month of August, after announcing an additional tornado was identified during a storm near Shoal Lake.

On Wednesday, Environment and Climate Change Canada (ECCC) announced in a Tweet that an additional tornado had been identified on August 21 near Tuckers Lake, a rural area about seven kilometres south of Shoal Lake.

This is in addition to the previously confirmed twister that touched down near Shoal Lake. Environment Canada said the two tornadoes touched down five minutes apart.

The ECCC said this brings Manitoba's total 2020 tornado count to seven, four of which occurred in August.

Here is a summary of Manitoba's tornadoes of 2020 so far:

Environment Canada said Manitobans can report tornadoes and severe weather at any time by calling 1-800-239-0484, or by emailing mbstorm@canada.ca. People can also tweet using #mbstorm.