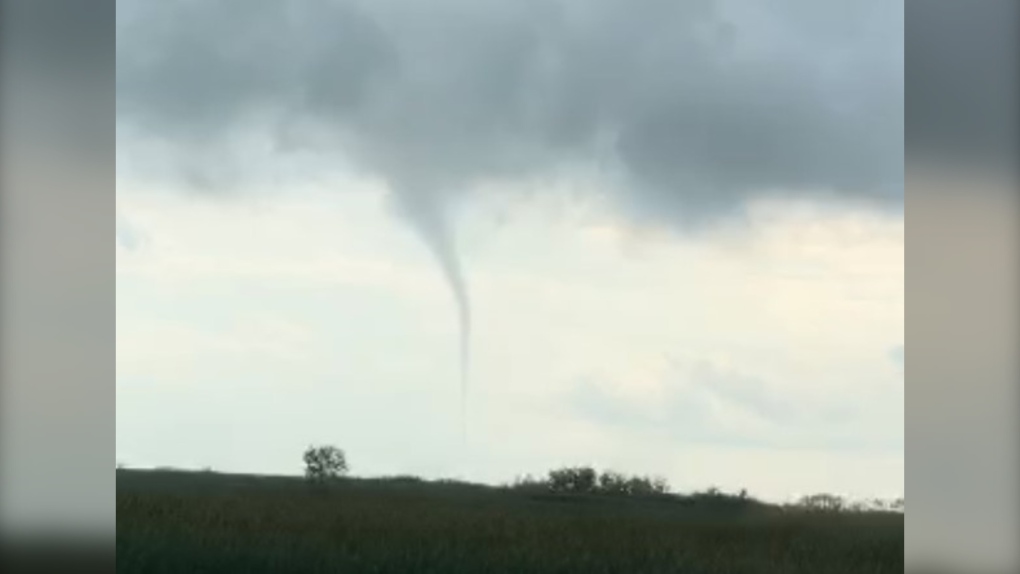 A possible tornado was spotted near Shoal Lake, in Manitoba, on August 21, 2020. (Source: Shelly Heinrichs/ Twitter)

The weather agency said meteorologists were tracking a rotating thunderstorm near Shoal Lake, Man., at 3:55 p.m.

ECCC said it reviewed storm spotter video, which showed a funnel cloud and a probable tornado.

At this time, ECCC doesn’t have enough information to confirm the tornado, but meteorologists continue to investigate.

The weather agency is now looking for pictures of the probable tornado and any damage it may have caused. It asks anyone with information to call 1-800-239-0484, send an email to mbstorm@canada.ca or tweet using the hashtag #mbstorm.