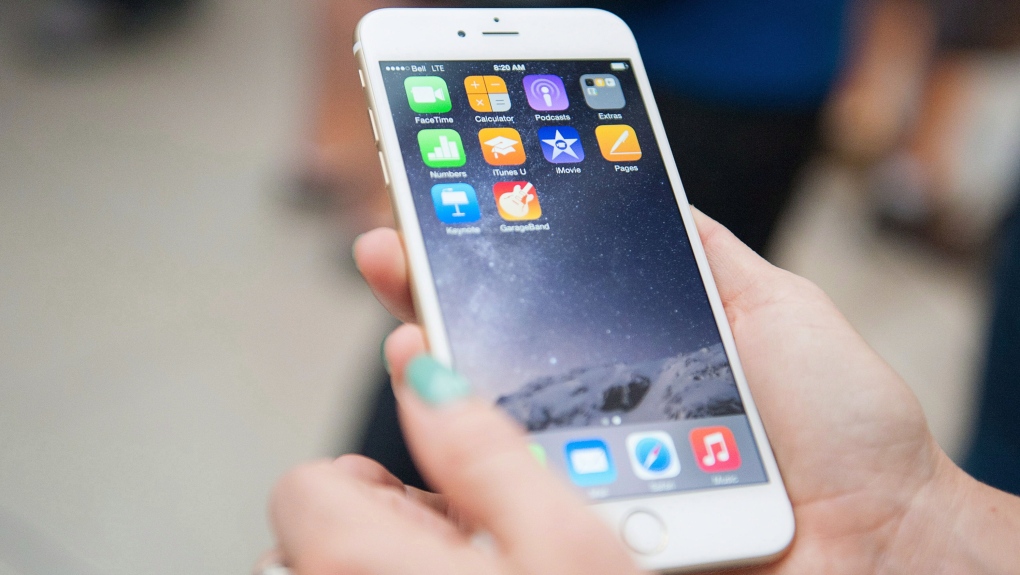 File image of an iPhone 6.(Hannah Yoon / THE CANADIAN PRESS)

Winnipeg mom Aston Christiansen said she felt devastated returning home with her two young children a week ago, to discover her house had been broken into.

"It was pretty hard to see, I was trying to keep my cool so that my children wouldn't see how scared I was,” said Christiansen.

She called police to report the break in. The officer on the other end of the phone said it could take days for someone to respond, but then he asked her a question.

“’What do you think about FaceTime? Are you good using it?’” she said the officer asked. “Which I am. Like, I've been using it for a long time.”

With property crimes spiking, the Winnipeg Police Service has rolled out a pilot project using virtual technology to speed up residential break and enter response times.

"If we can speed up our assessment and speed up our response forensically I think will do the citizens here a good service," said Winnipeg Police Chief Danny Smyth.

Here's how it works.

After reporting the break in, police may ask the victim for consent to do a virtual walk through and assessment of the damage using Apple's FaceTime or Google Duo with an Android. The service says this eliminates the need for an officer to physically show up and do an initial assessment, which can take days. Police say this gets forensics on the scene a lot sooner, not to mention the homeowner can put their house back in order right away.

Kevin Klein, the city councillor who chairs the police board, welcomes the pilot.

"We have to become more creative in dealing with crime because of the limited resources we have,” said Klein.

The Winnipeg Police Association isn't as open to the idea. Its president, Moe Sabourin, says when it comes to safety, there's no replacement for a real officer.

"It's B and E’s right now, what's next? Is it going to be assaults, you know, can we take a picture of your injury?” said Sabourin.

Aston Christiansen says she doesn't need an officer to show up after the fact to make her feel safe.

"Doing it through FaceTime was just as good for me it was super quick it was easy I was off the phone within an hour,” said Christiansen.