'A place where kids can have community': mobile skate park visiting First Nations

'A place where kids can have community': mobile skate park visiting First Nations 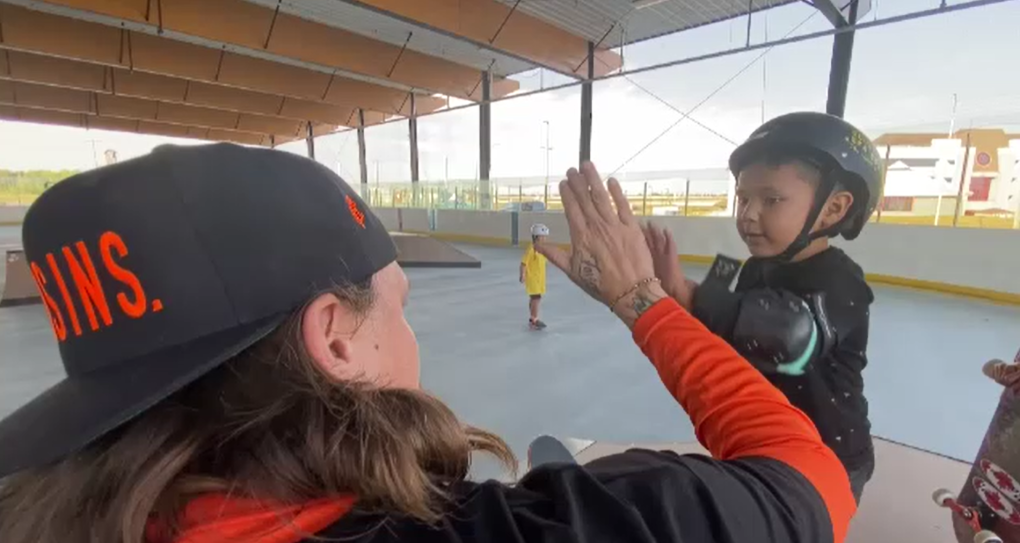 A team of Indigenous skateboarders is using the sport to teach youth how to navigate life’s twists and turns.

“What we're doing is we're helping to provide a place where kids can have community,” Executive Director Stuart Young said. “They have something to look forward to, it's consistent. They know that this is a safe place. Our hope, ultimately, is that skateboarding empowers them the same way it empowered us.”

There are no skate parks on any Treaty 7 nations. To address that, Cousins Skateboarding bought a mobile skate park from Calgary.

Young skater Miles Rabbit loves being able to board on his home turf.

"Sometimes we would have to go into a town’s skateboard park and we are not really used to meeting random people,” Miles said.

For youth like Miles, this skate park is a place to test themselves, to grow, and to do it without judgment.

“What we see here is just a sense of belonging and a sense of encouragement to push their boundaries, and to just feel accepted seeing other Indigenous kids participate in stuff,” Program Coordinator Riel Manywounds said. ”I think youth, they don't think about reconciliation, they just participate.”

Reconciliation is on the minds of the crew from Cousins Skateboarding, who say they drew inspiration from the story of Joe Buffalo. Buffalo is a residential school Survivor who became a professional skateboarder, an actor, and an advocate for inclusion.

“Including everyone by making sure it's an inclusive space. If those things happen, reconciliation becomes a natural by-product,” Young said.

The crew at cousins say skateboarding is a metaphor for the kind of resilience Indigenous youth need in today's world.