A Winnipeg man pieced together a miniature version of a key moment in Winnipeg Jets history.

Scott Templeton has created an image showing the final Jets game at the Winnipeg Arena on April 28, 1996, using Lego pieces. 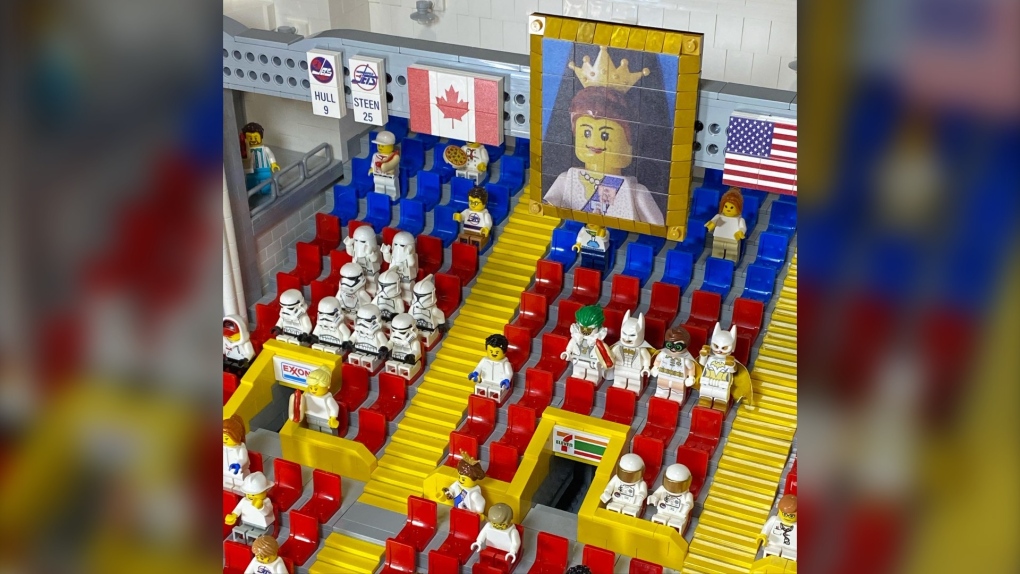 A closeup of Scott Templeton's Winnipeg Arena Lego design shows the stands and the portrait of Queen Elizabeth II that was displayed. (Image source: Scott Templeton)“When I was a kid, I used to build hockey arenas, but they were, you know, pretty, pretty small, lots of colourful pieces. I would write on the pieces with a marker to try and get more details,” Templeton said during a recent interview. “And I always kind of knew, later on, I want to, you know, build something big, you know, to a lot more of a higher standard. So, you know, it's about a year ago, I thought, hey, you know, I think it's time to go back at that idea and try to build an actual kind of scalable hockey rink.”

Templeton chose the Winnipeg Arena, which was demolished in 2006, because he enjoys history, and said the old arena had “more character.” He watched old broadcasts of the final game on YouTube, scoured photos and talked with friends and family to help construct the arena.

“I found that, pretty much, everybody had a different story, some kind of unique moment or unique aspect, and all those little things kind of helped piece it together as well,” he said.

The arena figure includes advertisements in certain spots, the banner saying “Our Jets Will Fly 4 Ever” that was on display at the game, and the Queen Portrait, though rendered in the style of a Lego figure. Fans clad in white for the Winnipeg White Out dot the stands.

“I built basically a snapshot inside,” Templeton said. “If you were to kind of pop your head in the middle of a game, or in this case in the middle of warm up and look in, that's what you'd see.”

Templeton worked on the project on and off for approximately one year, saying it took approximately 40 hours to complete, and has approximately 20,000 Lego bricks. He said finding figures in white has been a challenge.

He has shown the completed design at the Manitoba Mega Train Show and at a convention in Saskatchewan, and he is amazed at the reaction. 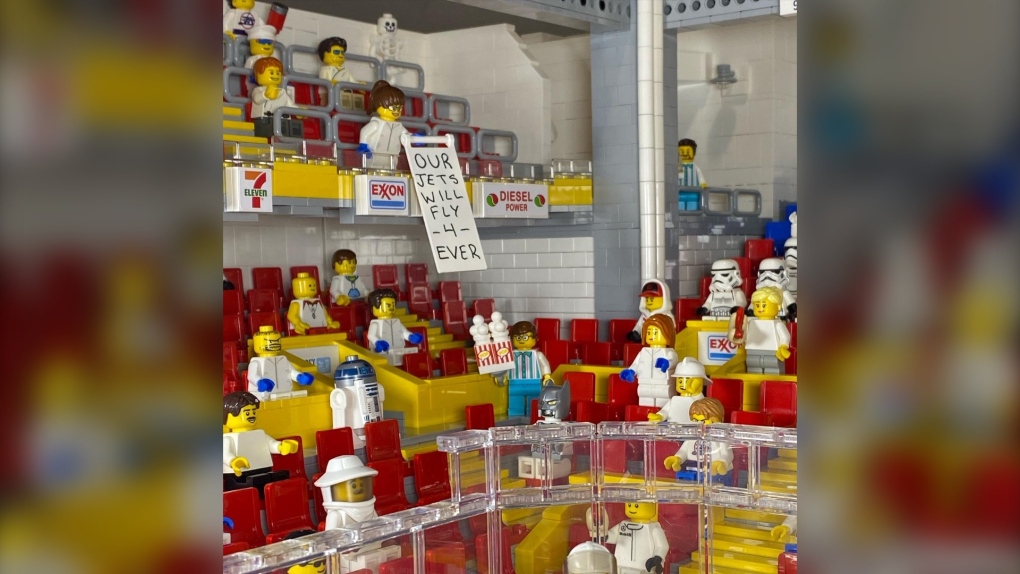 A closeup of Scott Templeton's Winnipeg Arena Lego design, showing the fans and the banner that flew during the final game. (Image source: Scott Templeton)

Templeton said he is open to displaying his project in public again if asked. 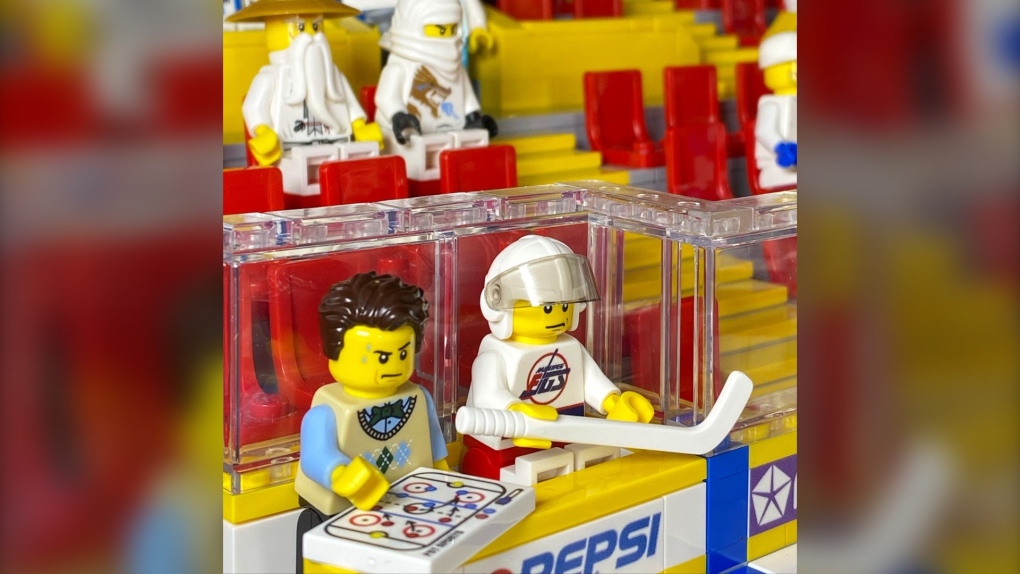 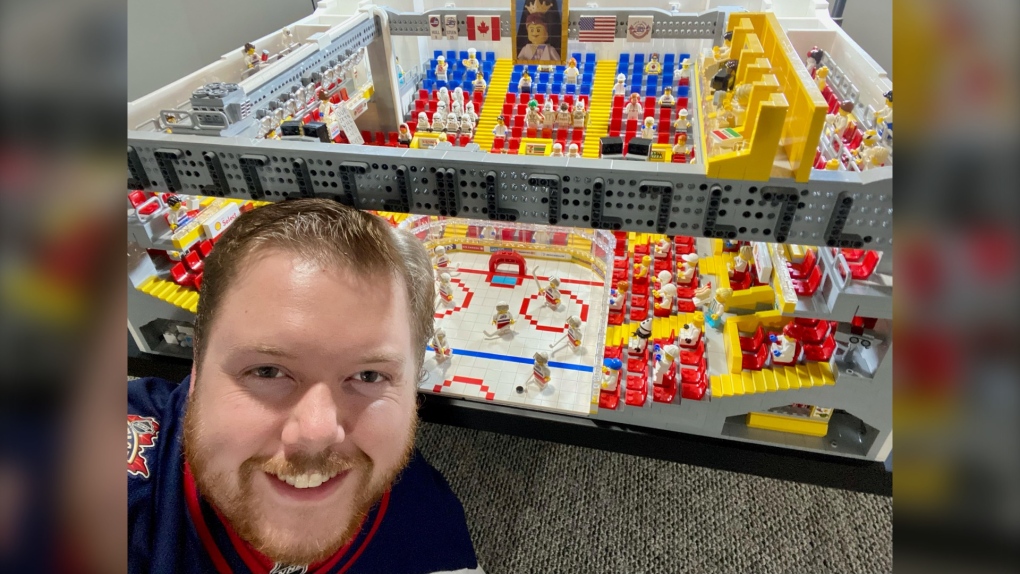 Help will arrive at the children's hospital in Ottawa next week as it continues to see "unprecedented volumes" of young patients suffering from respiratory viruses. A team of staff from the Red Cross will begin working at the hospital in the next week.

The federal government is looking at potentially helping to secure the release of 19 Canadian women and children being held in northeastern Syria, a recently filed court document says.