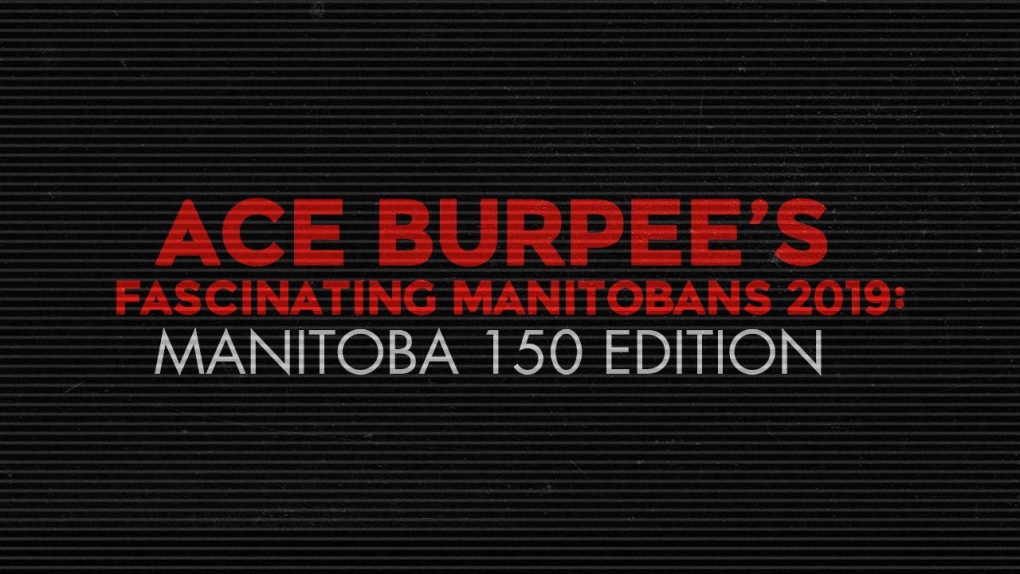 NEWS -- I’ve been making a list of fascinating Manitobans for a decade now. I’ve always done 100, but this year I had too many to fit in and also wanted to highlight some from previous years.

So... in honour of the province’s 150th anniversary next year, here’s the Manitoba 150 edition of my annual list. All the best and have a great 2020! –Ace Burpee

DOROTA BLUMCZYNSKA: An incredible woman. She’s the executive director of IRCOM, the Immigrant and Refugee Community Organization of Manitoba. She’s been an incredible ally for people from all of the world coming to our province. A staunch defender of human rights and ensuring dignity for all. She has also just recently been elected president of the Canadian Council for Refugees.

MYAZWE: Great delivery, great songs, all kinds of hustle. The Winnipeg rapper had an excellent, deservedly so, year. Among the highlights was an incredible set in front of thousands at Bell MTS Place with Tyga and YG. All the best, man.

BARBARA AND CLARENCE NEPINAK: Both received the Order of Manitoba in 2019. I’ve spent a lot of time with them over the years and they’re just beautiful people and pillars of our Indigenous community. From Barbara’s work with the Manitoba Association of Native Languages to Clarence’s on-going work to both preserving and advancing Indigenous culture while also building bridges, this is a very deserved honour.

LEAH SCHWARTZ: While attending U of W Collegiate, Leah spent the summer as a student in the lab at the St. Boniface Research Centre. She was offered the opportunity to pursue her own research project through the lab and chose cardiac fibrosis. She entered her project in the Canada-Wide Science Fair and was awarded the gold medal out of a pool of 500 of Canada’s brightest young minds.

CHERYL LASHEK: A civil servant who became wildly popular thanks to her reassuring signature on our elevator permits. Cheryl moved on to a new job, and almost fittingly, no new signature will grace our elevators as the previous “permit in the frame” thing is being phased out. Thank you for keeping us safe all those years, Cheryl, and all the best!

ANANDAKUMAR PALANICHAMY: Beets are the best. Anandakumar has found multiple delicious uses for the humble beet as founder and CEO of Dr. Beetroot Canada. They produce beet juice, beet ketchup, and ridiculously great beet sauce, and more. A wonderful family and a great Manitoba story.

AIDA CHAMPAGNE: She’s the chair of the Manitoba Filipino Street Festival. It’s purely a volunteer gig, one that requires Aida to give up most of her summer to organize what has grown into one of Manitoba’s best celebrations.

JESSICA DUMAS: The president of Jessica Dumas Coaching and Training and a pillar of both the business community and Indigenous community in Winnipeg. She was recently sworn in as the first Indigenous woman chair of the Winnipeg Chamber of Commerce. Tremendous choice.

KRISTEN CAMPBELL: She’s done plenty in her hockey career to warrant a spot on this list, but her performance in goal for the Wisconsin Badgers in the NCAA Frozen Four final may never be duplicated. NCAA women’s hockey is very, very good. The Frozen Four, the hockey version of basketball’s Final Four, is a tournament between the four best teams to determine a national champion. Not only did Kristen, from Brandon, lead Wisconsin to a title... she didn’t let in a single goal. Not one. Clean slate. Shutout after shutout after shutout. A goals against average of 0.00. Unreal.