Acetaminophen tablet recalled for incorrect label that could lead to overdose: Health Canada 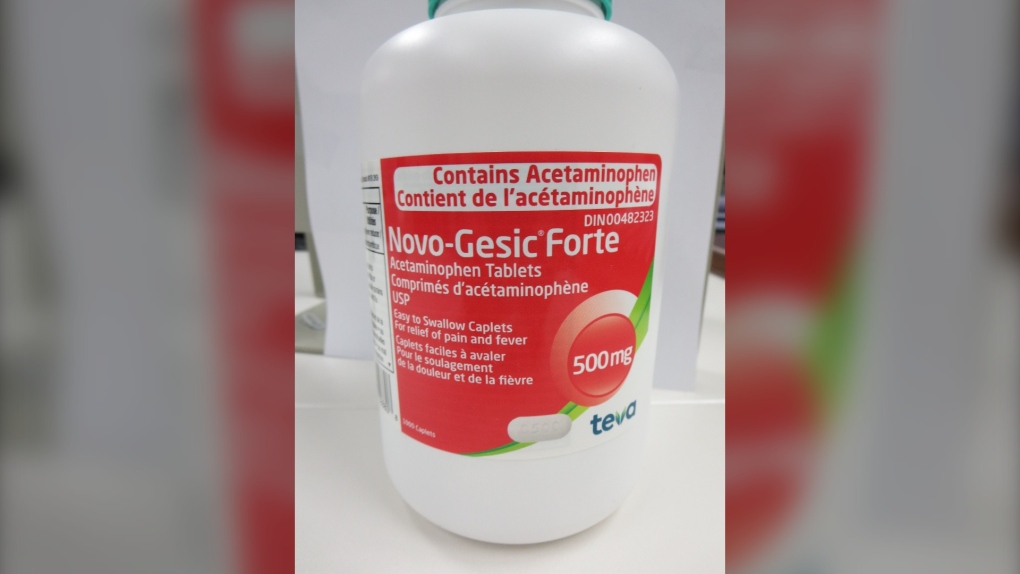 According to Health Canada, Teva Canada has issued a recall on an acetaminophen tablet due to a misprint on the label which could lead to an overdose.

"Consumers referring to the incorrect directions for use could ingest doses of acetaminophen ranging from 4,500 to 6,000 mg (9-12 tablets) in 24 hours and experience symptoms of acetaminophen overdose," Health Canada said.

It said acetaminophen overdose symptoms include: nausea, vomiting, lethargy, sweating, loss of appetite and pain in the upper abdomen.

Abdominal pain could be a sign of liver damage, which could lead to liver failure or, in the worst cases, death.

People are being told to stop using the products and return them to the pharmacy or store where they were purchased.

If people fear they have taken too many tablets, they are told to call poison control right away.