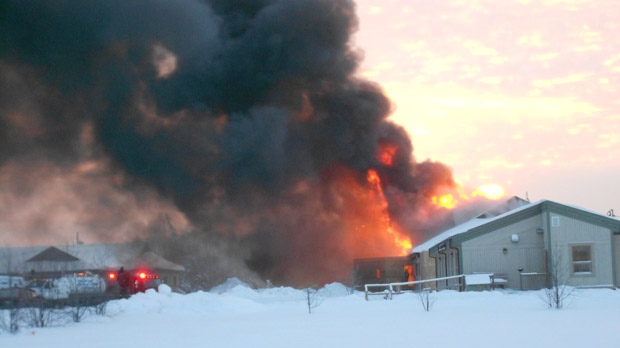 Crews were called to the fire at the Kinosao Sipi Minisowin Agency Building in Norway House on Jan. 3, 2013. The building houses a Child and Family Services office. (image courtesy Norway House RCMP)

RCMP said arson is suspected as the cause of a fire that ripped through a building housing a Child and Family Services office in Norway House on Thursday.

A full damage estimate has not yet been set for the fire at the Kinosao Sipi Minisowin Agency Building, but it is believed to be more than $1 million, said RCMP.

No injuries were reported in the fire.

Police said Thursday that no arrests have been made.

Multiple police units and the Manitoba Office of the Fire Commissioner continue to investigate the fire in the northern Manitoba community.