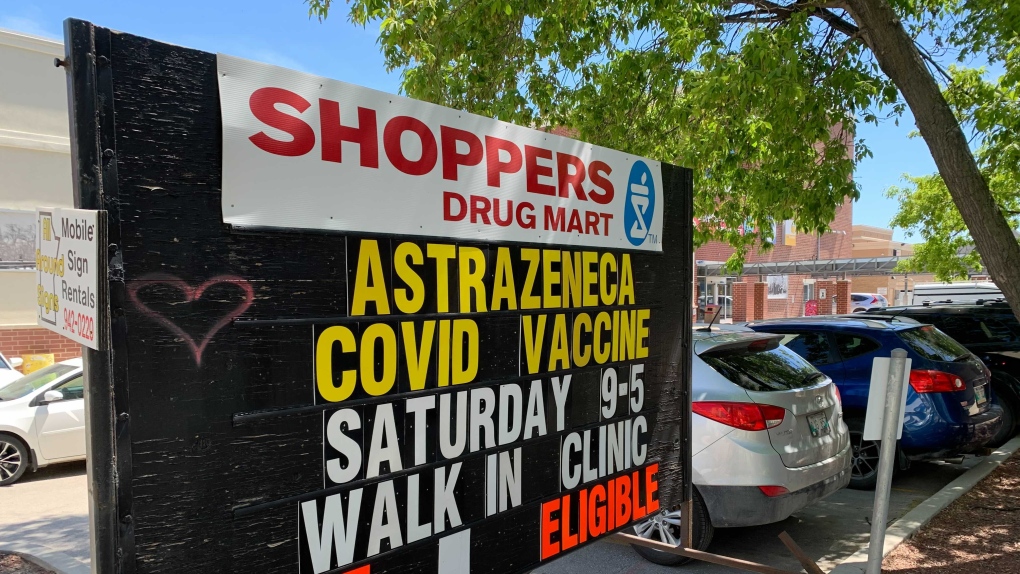 WINNIPEG -- Some pharmacies with stock of AstraZenca are hoping to get it into people’s arms in short order.

“We do have Manitobans who’ve taken their first shot of AstraZeneca who do want to take the second shot,” said Kelvin Goertzen, “So that opportunity exists for them.”

But it’s unclear how many will be able to take advantage.

Winnipegger Paul Venn got his first dose of AstraZeneca nearly 10 weeks ago.

He’s been turned down multiple times at his pharmacy because provincial guidelines recommend against a second shot before 12 weeks.

He’s worried doses will be wasted and there will be none left when it’s his turn.

“I think anybody who has AstraZeneca was a bit of a guinea pig in the first place and now to get thrown to the back of the loop isn’t fair either,” said Venn.

Based on research, the province says the minimum 12-week interval offers the best protection.

On Wednesday, Manitoba’s vaccination task force lead, Dr. Joss Reimer, said those who got AstraZenca and are waiting for a second shot made the right choice.

“You protected yourself, you protected your families. You may have been exposed to COVID over the last few months, and because you received that vaccine, you prevented an infection,” said Reimer.

To push doses out the door, the Shoppers Drug Mart in Osborne Village is accepting walk-ins on Saturday.

Some pharmacies are breaking with the provincial guideline and allowing people to get their second AstraZeneca shot before 12 weeks.

“We are aware that there are some pharmacies willing to administer second doses early,” said Tim Smith from Pharmacists Manitoba.

To do that, Pharmacists Manitoba says pharmacies must get informed consent from the client, and let them know the shortened time span could impact the effectiveness of the shot.

“I can understand the eagerness of many to get their vaccine series wrapped up, but in terms of what can provide them the best long-term protection from symptomatic COVID-19, the 12-week interval really is what most people should be sticking to.”

The province says people with health conditions or who are high risk can talk to their doctor about whether getting a second AstraZeneca shot early would be a benefit.