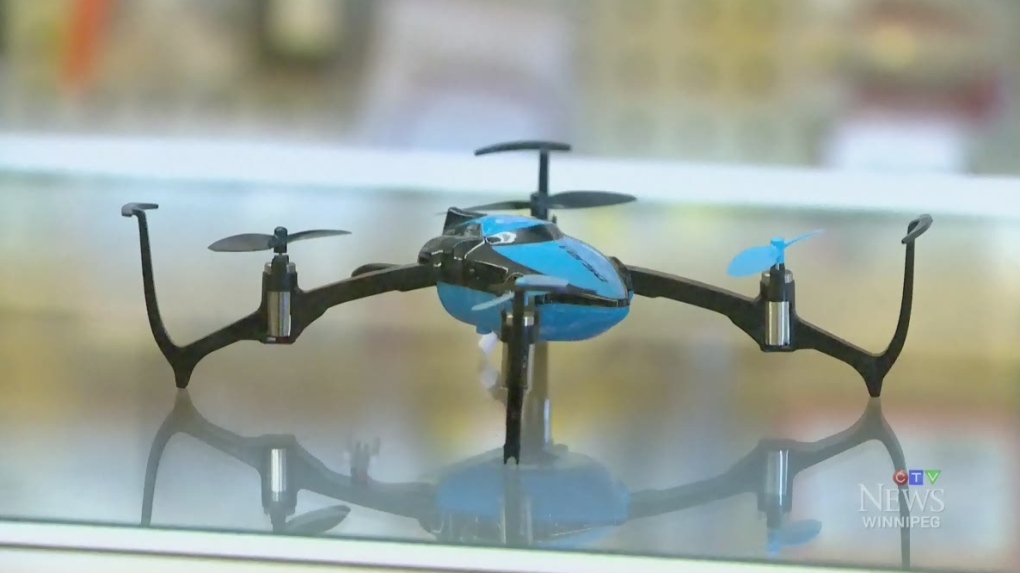 New rules for drone use in Canada will soon mean recreational pilots will have to go through a few extra steps before flying certain models.

The biggest change is a new licensing and registration requirement for recreational operators.

It means Winnipegger Wally Kroeker will have some work to do before June in order to continue racing drones with members of a local group.

It's an activity he recognizes comes with serious risks.

Starting later this year Transport Canada will require recreational operators like Kroeker to register their drones and pass an online test to fly the devices if they weigh between 250 grams and 25 kilograms.

"This is very serious business. If you put an object in the air, in the airspace in this country, you are in fact piloting it,” said Transport Minister Marc Garneau.

You have to be 16 or older in order to get an advanced operations flight certificate and at least 14 to get a basic certificate, which should serve most recreational users.

"Hobbyists who previously were flying recreationally and didn't need to have any understanding of aviation or any training at all or anything like that, they're now going to have to have at least a basic understanding," said Winnipeg-based drone pilot instructor Matthew Johnson of M3 Aerial Productions.

Flying drones in a controlled air space is also banned with the exception of users who carry the advanced operations flight certificate and get special approval from air traffic control.

Cellar Dweller owner Kerry Fingler said the new rules could cut into sales of some larger drones at his Winnipeg hobby shop.

"I think it's probably something that had to be done."

In anticipation of the changes, his hobby shop started carrying smaller drones which weigh less than 250 grams and don't fall under the new regulations.

Kroeker doesn't see the licensing requirement as a barrier.

If anything, he said the new rules will help clear the air when it comes to flying drones.

"We want people to learn to respect them and fly them and understand the regulations before they fly them."

Transport Canada said there are serious penalties for those who break the rules.

Individuals and corporations can face fines and possibly jail time for putting aircrafts and people at risk. Flying without a pilot certificate and flying unmarked or unregistered drones can also result in fines.

It will cost $5 to register your drone and $10 to take the basic test.