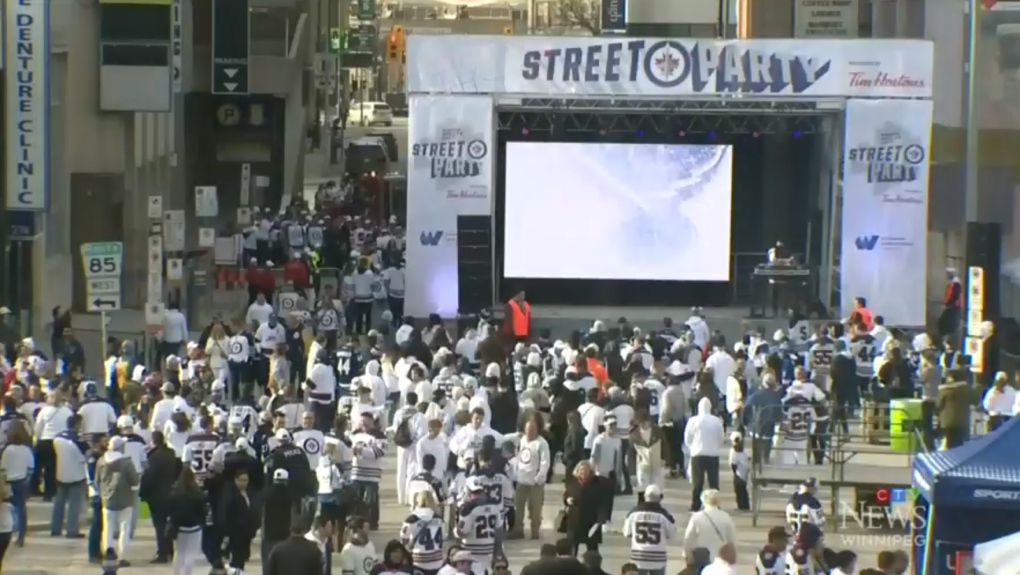 WINNIPEG -- While Winnipeg whiteout parties are a popular sight every time the Winnipeg Jets make the playoffs, the city's mayor is urging residents to avoid playoff parties this year.

“I know it will go against the very DNA of every single Winnipeg Jets fan not to gather in large crowds in support of our Jets, but I really want to underscore the importance that Winnipeggers stay home,” Bowman said during a news conference Wednesday afternoon.

“We’ll all be in our living rooms cheering – or perhaps yelling at times – at our TV screens, and that’s the way it needs to be this year.”

Bowman said he does not want to see reports of large gatherings for Jets games.

“It will be difficult, but it’s just what we need to do during the pandemic,” he said.

The Jets and Oilers kick off their playoff series at 8 p.m. in Edmonton Wednesday night.