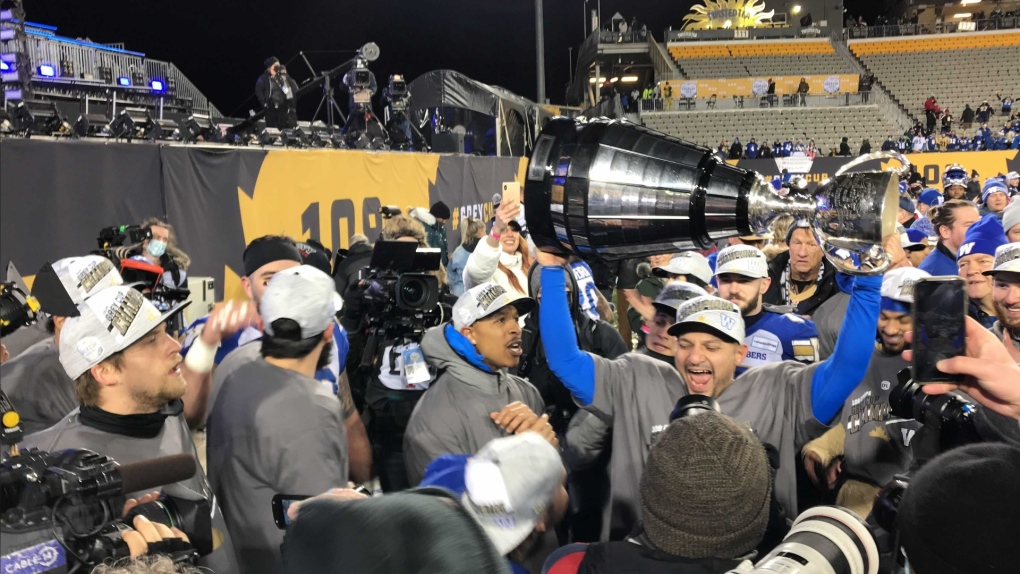 A Blue Bombers spokesperson told CTV News on Thursday that members of the organization have tested positive for the virus, but declined to answer how many cases have been confirmed.

“We have been following public health guidelines and their direction,” the spokesperson said in an email. “We won’t be offering any further comment.”

The football club beat the Tiger-Cats in Hamilton on Dec. 12 to capture their second straight championship.

Following the win, members of the team celebrated in both Hamilton and Winnipeg – including a Grey Cup celebration at I.G. Field on Dec. 15.

The club did not have a single positive test throughout the 2021 CFL season, and all players, coaches and football staff in Hamilton tested negative ahead of the Grey Cup.

Saskatoon woman who had been reported missing facing charges in U.S., Canada

EXPLAINED | What is a 'zombie fire?' Experts describe the cause and concerns

Authorities in the Northwest Territories are monitoring a large 'zombie fire' that flared back up following last wildfire season after smouldering underground during the winter months.

No damage reported after 4.6 magnitude earthquake off Vancouver Island

A 4.6 magnitude earthquake has struck off the coast of Vancouver Island.

Housing correction in Toronto could end up becoming 'one of the deepest of the past half a century,' RBC warns

A housing correction which has already led to four consecutive months of price declines in the previously overheated Greater Toronto Area market could end up becoming 'one of the deepest of the past half a century,' a new report from RBC warns.