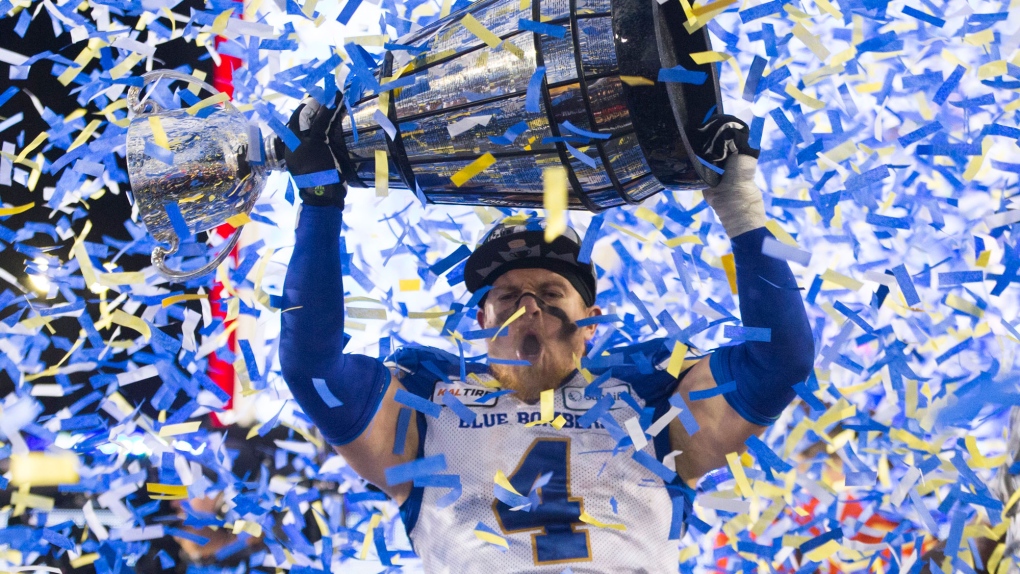 WINNIPEG -- The Canadian Football League unveiled a 14-game schedule for teams, including the Winnipeg Blue Bombers, for its 2021 season.

The Winnipeg Blue Bombers will start the season on August 5 by playing host to the Hamilton Tiger-Cats at IG Field in a 2019 Grey Cup rematch.

The Blue Bombers vs. Ti-Cats showdown will mark the first CFL action since the 107th Grey Cup in Calgary on November 24, 2019.

The new schedule still includes the traditional Labour Day Classic and Banjo Bowl games with the Saskatchewan Roughriders on successive weekends in September. The Blue Bombers visit Regina on Sunday, September 5 and the Riders visit Winnipeg on Saturday, September 11.

The new CFL schedule also features two byes for each club, with the Bombers seeing their breaks coming in Week 8 in mid-September and then Week 13 on Halloween weekend.

"We look forward to defending our Grey Cup Championship at our home opener on August 5 against the Ti-Cats at IG Field," said Bomber's President & CEO Wade Miller in a news release. "It is time to get our players back on the field, coaches on the sidelines and fans in the stands. This is a very exciting time for the organization, and for all Blue Bombers fans across our province."

The football club said it would contact season ticket members soon as it works with the Manitoba government on its reopening plan and potential capacity at IG Field for games.

A full version of the schedule can be found here.