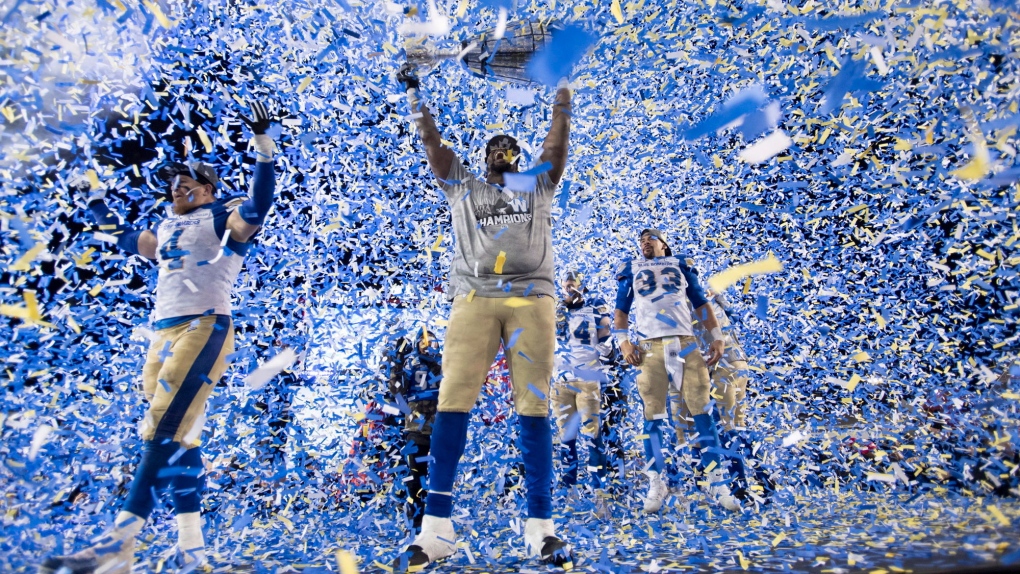 The band is slowly getting back together in Winnipeg as the Blue Bombers re-signed three players from the 2021 Grey Cup-winning team.

The team announced on Thursday that it had reached a one-year deal with offensive lineman Jermarcus Hardrick who was scheduled to become a free agent next month.

Hardrick has been with the Bombers since 2016 and has played 98 regular-season games with the club.

He said he was excited to get the contract done and is hoping more players from the Grey Cup will also come back so that the team can make a run for a third straight title.

Hardrick credits the coaches in Winnipeg for making him the player he is today and said he couldn't imagine leaving the Blue Bombers.

The Bombers also announced on Friday that they have re-signed defensive ends Willie Jefferson and Jackson Jeffcoat to one-year extensions.

Jefferson, who was an all-star this past season and the CFL's Most Outstanding Defensive Player in 2019, has been instrumental in helping the Bombers secure back-to-back Grey Cups.

This will be Jefferson's third year with the team.

Like Hardrick, Jefferson said he never thought about free agency as he was focused on returning to Winnipeg. He even plans on moving his family to Winnipeg permanently.

He added the possibility of repeating as champions for a third straight season in Winnipeg was a major deciding factor in returning to the blue and gold.

"It's the team, it's the organization, it's the front office, it's the city. The city got behind me and my family as soon as I got there."

Meanwhile, Jeffcoat was also an all-star in 2021, recording nine sacks this past season. The sacks went along with four fumbles and 26 tackles.

Jeffcoat has been with the Bombers since 2017.

Jeffcoat will speak to the media on Saturday.

A gunman motivated by hatred against Taiwan chained shut the doors of a California church and hid firebombs before shooting at a gathering of mostly elderly Taiwanese parishioners, killing a man who tackled him, authorities said.