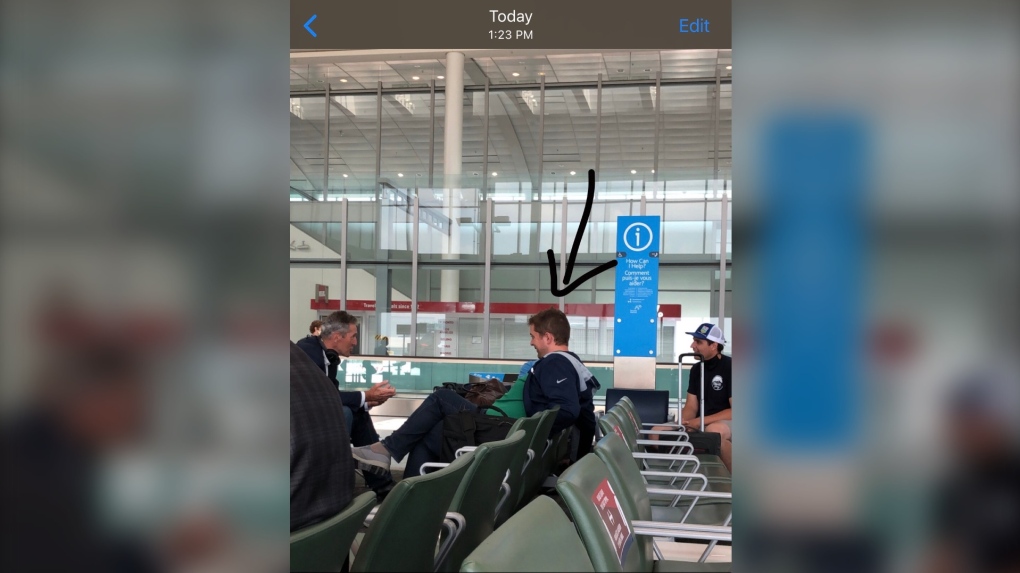 CTVNews.ca obtained this photo of Conservative Leader Andrew Scheer wearing no mask at Toronto Pearson airport on July 7. All travelers and employees inside the terminal have been required to wear a mask or face covering since June 1.

Two photos circulating Tuesday on social media show Pallister, Scheer, and two others not identified sitting in the departure lounge at the airport, not wearing masks. The group is seat spaced apart from each other.

In an emailed statement to CTV News, the premier acknowledged he is in the photographs.

“I lifted my mask to join some friends in conversation at the Toronto airport this afternoon. It was an error on my part, it won’t happen again,” Pallister said.

A spokesperson for Scheer said the photos must have been taken after he doffed the covering to take a call but before he put it back on.

Toronto's Pearson Airport currently has a policy that masks must be worn at all times to curb the spread of COVID-19, with limited exceptions that include being at a food or beverage service location.

Uzoma Asagwara, Health Critic with the Manitoba NDP, criticized Pallister for the photos.

“Ontario public health officials have ordered that masks be worn in public to keep everyone safe. It’s disappointing the Premier doesn’t think he has to follow the rules that apply to everybody else and help keep people safe,” Asagwara said in a statement.

“When citizens across the country continue to make sacrifices to fight the spread of this virus, it’s shameful the Premier doesn’t follow the rules that govern the rest of us.”

Under Manitoba's current public health orders, elected officials and their staff don't have to self-isolate after travel unless they are showing symptoms of COVID-19.

-With files from The Canadian Press and CTV's Rachel Gilmore