There are serious allegations involving a member of the Canadian Armed Forces in Manitoba.

A spokesperson tells CTV News a member of the 38 Canadian Brigade Group based in Winnipeg is under investigation for possible racist and extremist activities.

The Department of National Defence said Monday an investigation is ongoing and it would be inappropriate to comment further, but it is taking these matters seriously.

Brigadier General David Awalt is the Acting Commander of the 3rd Canadian Division.

In a statement to CTV News, Awalt said he's aware of serious allegations against a member of 38 Canadian Brigade Group and the member may be involved in an organization that promotes hate. 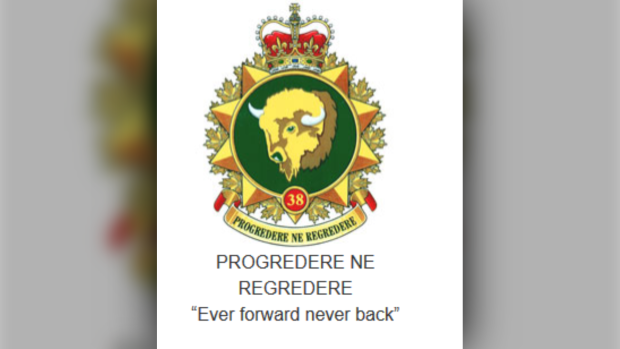 "Should this investigation indicate that there was a violation in our code of values and ethics, I will leverage all tools at my disposal, including legal and disciplinary measures, to address intolerant attitudes, which could include the release from the Canadian Armed Forces," said Awalt.

The Department of National Defence said hateful conduct, be it in words or actions, is completely incompatible with its values and culture and it will not tolerate it in any form.

An internal Canadian Armed Forces report obtained by CTV News in November 2018 found between January 2013 and November 2018, 53 members were identified as being part of a hate group or undertook action and/or made statements which could be viewed as discriminatory or racist. As of a year ago, 30 were still serving.

The same report concludes that given the small number of members identified, hate groups do not pose a significant threat to the Canadian Armed Forces or the Department of National Defence.

Minister of National Defence Harjit S. Sajjan said in an emailed statement to CTV News that he has asked the National Defence and Canadian Forces Ombudsman for an independent examination on racism in Canadian Armed Forces and to provide recommendations to ensure a positive and inclusive environment is maintained.

“While the vast majority of our members adhere to the highest level of professionalism and personal conduct, members who engage in these types of activities undermine the confidence Canadians have bestowed in them.”

The allegations in the Canadian Armed Forces have come to light as a hate group has made itself more visible in Winnipeg.

The Canadian Anti-Hate Network, a non-profit group which monitors, exposes and counters hate groups, said a neo-Nazi hate and terror group known as 'The Base' appears to be in Winnipeg.

Evan Balgord is the Canadian Anti-Hate Network’s executive director. He said the group was alerted about The Base by the public because of posters that had been put up around the city.

The posters include the messages: "Learn, Train and Fight" and "Save your race, join The Base."

Balgord said The Base, which translates to Al-Qaeda in Arabic, is a group that believes the alt-right movement is not strong enough.

Balgord said the origins of The Base can be traced to an online forum that was openly fascist and neo-Nazi.

He says on that forum, people were encouraged to get a firearms licence and join the armed forces because they are preparing for 'race war'.

Balford says they want to accelerate that race war with attacks.

Winnipeg police say it’s aware of the flyers that were posted in Winnipeg and it is monitoring the situation.

CTV News emailed the address on its posters that had been put up around the city Monday.

A person replied identifying themselves as Roman Wolf, official spokesman for The Base, and offered a statement.

"The Base is an international survivalism and self-defense network. Our mission is to organize & facilitate training events & meetups worldwide. Through self-improvement & mutual support, we aim to outlive the current Liberal Globalist System & establish order from chaos," Wolf said.