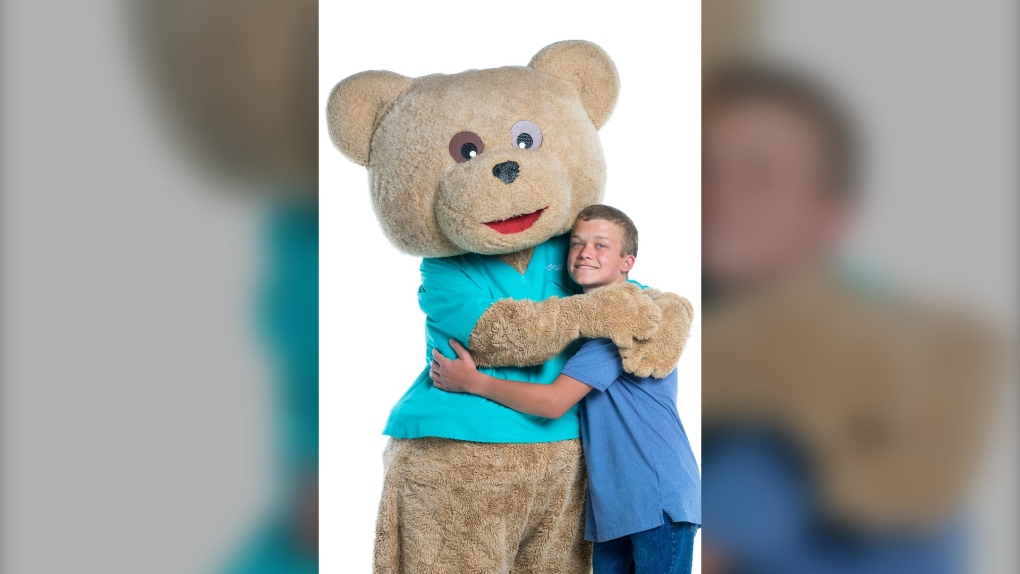 An ambassador for the Children’s Hospital Foundation of Manitoba (CHFM) is giving back.

For the past two years, Brady Bobrowich has been fundraising for HSC Winnipeg Children’s Hospital as the Foundation’s Champion Child—a role that saw him speak at more than 40 virtual events as an advocate for children’s hospitals in Canada.

On Friday, Bobrowich presented a $37,000 cheque to the hospital’s surgical department to help purchase a new surgical drill.

Bobrowich was diagnosed with Type 1 neurofibromatosis, a genetic disorder that causes tumours to form on nerve tissues, when he was only five months old.

The 14-year-old has more than 100 tumours in his body including one connected to his spine, which can’t be removed. Bobrowich has undergone three spinal surgeries to keep his spine straight, and another to fuse his entire thoracic spine.

The new drill, similar to ones used in Bobrowich’s surgeries, will allow the children’s hospital surgical team to perform more precise and quicker healing procedures.

The donation comes at the tail end of Bobrowich’s role as Champion Child. Typically, the ambassadors only serve for one year, but Bobrowich’s tenure was extended because of the pandemic.

“I’ve learned so much of what the Children’s Hospital Foundation does for kids, and learned about the many services they provide to kids like me,” Bobrowich said during a media call Friday morning. “I’ve also learned how much people really do care about me, and all the kids needing help.”

CHFM’s 2022 Champion Child will be announced on Feb. 2nd.

Plane with 22 people on board missing in Nepal's mountains

A small airplane with 22 people on board flying on a popular tourist route was missing in Nepal's mountains on Sunday, an official said.