'Childhood dream of mine': Winnipegger excited and ready to make his Olympic debut 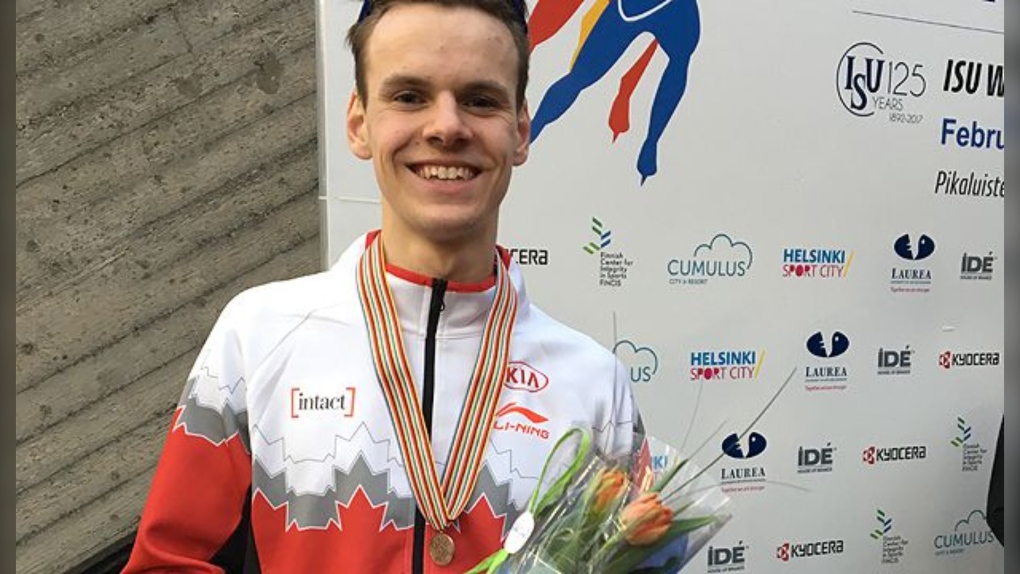 The 2022 Winter Olympics in Beijing is a dream come true for one Winnipeg athlete who will be making his Olympic debut.

Tyson Langelaar will be representing Canada in two speed skating events: the 1500m and the Team Pursuit races.

"That has a nice ring to it," Langelaar said when asked what it is like to hear Olympian next to his name.

The 22-year-old athlete started skating at a young age and said growing up in Winnipeg just meant everyone was on the ice.

"So my parents put me into skating lessons when I was young, just to kind of have a social skill to make friends, and I just really enjoyed skating fast in circles at the end of practice," said Langelaar.

He said he saw speed skating on TV one day and he knew he wanted to give it a try.

Once he got into the sport, Langelaar said he realized he had a chance to go far in his skating career.

"I qualified for the Canada Winter Games as a 15-year-old in 2015. So I was one of the younger skaters. I was doing alright throughout the competition, but the very last event, the mass start, I won gold actually and then that kind of made me realize, 'Oh, I belong here.'"

The following year he made his first Junior Worlds and then in 2019 he joined the World Cup team full-time and won a bronze in Team Pursuit that same year.

When he was announced as being one of the members of Team Canada, he said he felt relief and then excitement washed over him.

"Just realizing that I've accomplished this childhood dream of mine at only 22-years-old … so it's kind of nice to just reflect back on and think about everyone that helped you along and all the things that you did and sacrificed to make this happen."

He said it is humbling to join the list of speed skaters from Winnipeg and Manitoba such as Cindy Klassen and Clara Hughes – two athletes he called "Manitoba speed skating royalty."

Now that he has made the Olympics, Langelaar's next goal to end up on the podium.

"If your dream is to go to the Olympics, I don't think it is to just go there and not skate as fast as you can," he said. "The next goal is to get over there and prepare myself to be able to skate to the best of my abilities and try to represent Canada to the best I can and see how far up the leaderboard I can get myself."

He hopes this is one of many Olympics to come, adding he is extremely excited to hit the ice for the first time in Beijing.

Langelaar and the rest of the team will be leaving to Beijing on Jan. 26.