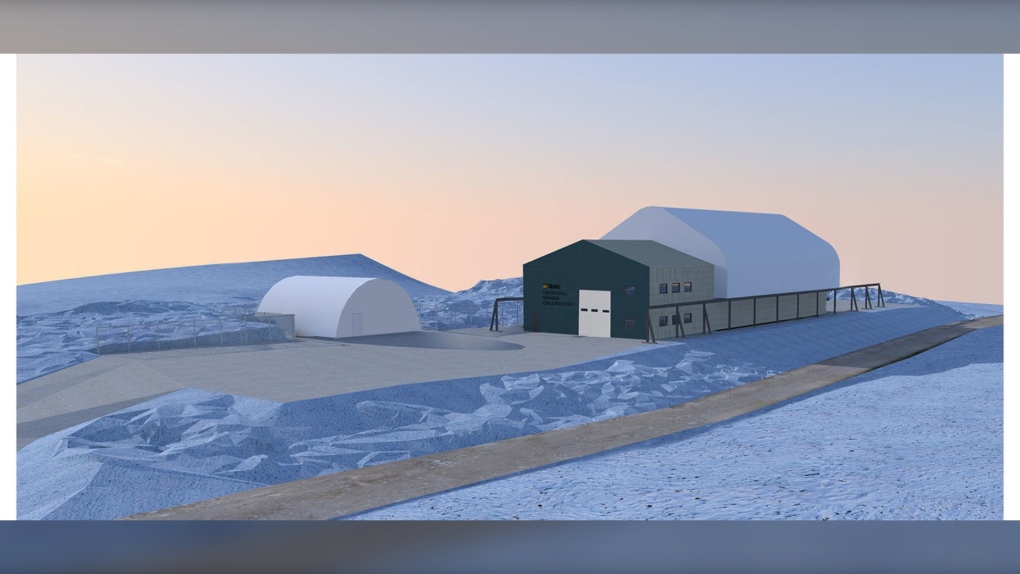 WINNIPEG -- The ground broke for the Churchill Marine Observatory (CMO) in 2015 and now the entire project is near completion.

The facility’s construction, which was a $44 million project and is being run by the University of Manitoba, was broken into two phases.

Heather Stark, a project manager for CMO, said Phase One, which is the main facility, is complete and the university has taken over possession.

Phase Two construction of the water intake and discharge line is almost complete.

"Construction (for the water line) is ongoing and we expect completion for that in late summer 2021," said Stark.

The plan for the facility is to do research that could affect future arctic shipping lanes and also provide a better understanding on how the Hudson's Bay affects Manitoba's weather.

Stark said once the water line is complete, the crew will start developing procedures to help with testing.

"We will spend some time in the fall developing methods and procedures… (We are) going to do our testing to ensure that we support testing in the winter."

Stark said the facility will also help researchers develop a better understanding of sea ice and learn more about the arctic as a whole.

Dr. David Barber, the scientific director of CMO, said those at the facility will be able to address contaminants in the Arctic.

"With the northern sea routes opening, it is essential that Canada work with Arctic Indigenous communities, national and international industry, and all levels of territorial, provincial, national and intergovernmental partners to ensure the safe and sustainable development of the Arctic," Barber said in a statement to CTV News.

Stark said having a facility like this set-up in Churchill is "extremely beneficial."

"Not only for its proximity to sea water, like I said, we can pump in natural sea water from the Churchill River, but also we are able to conduct experiments in a natural environment, so weather patterns, et cetera," said Stark.

Another benefit of having CMO open up completely, according to Stark, is that eventually the general public will be able to visit the facility so that the science can be shared.

"There are plans in place to develop significant outreach programs, public interactions, education."

HOW COVID-19 HAS IMPACTED CMO

Stark noted just like everyone else around the world, COVID-19 has caused some struggles for CMO and finishing the facility.

"Construction materials were in limited supplies at times, so that definitely impacted."

She said despite the setbacks, the team has been able to come through with completing the first phase.

"(We got) a technician on board to learn the systems and operations… We've obviously seen some setbacks with COVID, but we've come out the other side and have Phase One and are now just waiting on Phase Two and those last little bits."