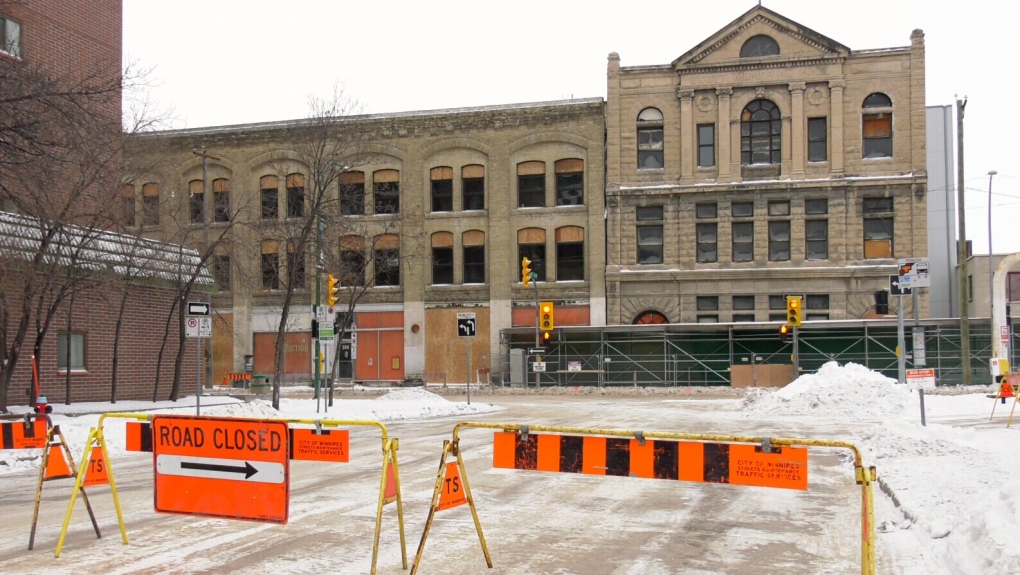 WINNIPEG -- The city is considering demolition for a historic building more than 110 years old in the Exchange District after renovations put the building at risk of crumbling and collapsing. Now Heritage Winnipeg is left fearing a piece of Winnipeg’s history may be turned to rubble.

On Friday, the city closed southbound Princess Street due to the "unsafe condition" of the Thomas Scott Memorial Orange Hall at 216 Princess St.

Heritage Winnipeg Executive Director Cindy Tugwell told CTV News she is in contact with the owner of the building who was renovating the building for mixed-use.

Tugwell says excavations to the basement caused the building to lean precariously. 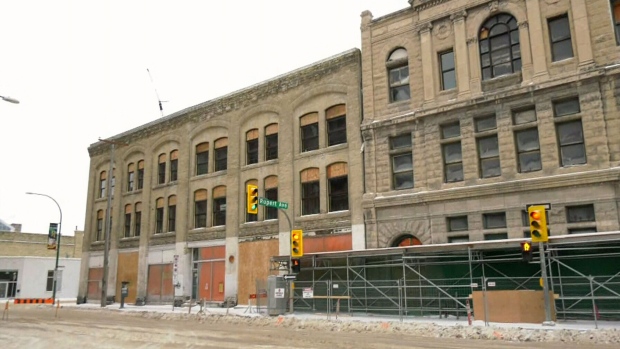 The city is shutting down southbound Princess Street due to the "unsafe condition of an area building," between Pacific Avenue and Ross Avenue. (Source: CTV News Winnipeg)

"The building moved and now it's leaning and it's compromising the other building and also compromising the safety of the building itself for public safety," she said. "I think that's the big concern with the city, because they're saying it could possibly collapse."

The city said the building experienced and "unexpected structural event" that caused the closure of adjacent public areas.

"The City is now working with the building owner and developer on options for remediation," a spokesperson for the city told CTV News in a written statement.

Tugwell said the owner had an emergency engineer examine the building, and the city is having an independent engineer report on the incident.

"Depending on the degree of public safety, right now the city is actually entertaining the fact that it has to be demolished," Tugwell said.

Tugwell said the cause of the damage will also be investigated, whether it was caused by incorrect work on the building, or by the poor soil conditions.

She said she was told the city's engineer report is expected to be back in the coming week.

LOSS OF HISTORIC BUILDING A 'HUGE HIT' FOR EXCHANGE DISTRICT

The building was built in 1902 by one of the city's most prominent early 20th century designers, according to a report on the building submitted to the city.

The report calls the building an "integral part of its north Princess Street streetscape," and an "excellent example of a Classical Revival style building with unique stone cladding." 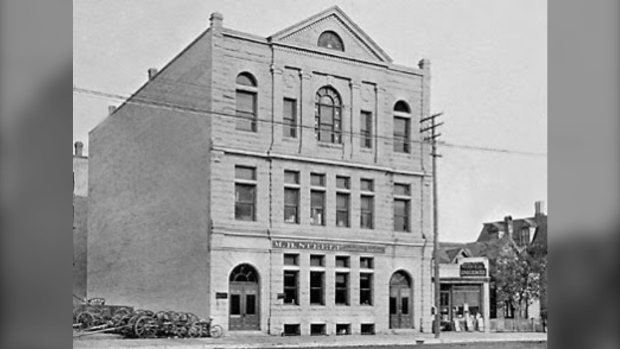 The Thomas Scott Memorial Hall shortly after opening in 1903. (Source: Virtual Heritage Winnipeg and the University of Manitoba Archives and Special Collections)

"It's a huge hit," Tugwell said. "It's rather bittersweet, because, I mean the building was finally seeing some life again and finally being rehabilitated."

She said she is working with the city and the owner of the building to weigh out their options.

"We'll work with the owner and the city to make sure that, if this has to go forward inevitably – sadly, but inevitably – that we'd like to see a sympathetic design."