WINNIPEG -- A Winnipeg city councillor is calling on the City of Winnipeg to remove homeless encampments on city-owned properties.

Coun. Jeff Browaty wants the city to use its own crews to clean up biohazards and waste from the homeless camps, including the one by the Disraeli Freeway.

This decision came after the city put out a request for proposals, which didn’t get awarded, for a contractor to conduct biohazardous waste management, including collecting and disposing of shopping carts, mattresses, and blankets found on temporary homeless shelters in public areas. Advocates voiced their concerns against this, saying the city should find solutions for those living on the streets. 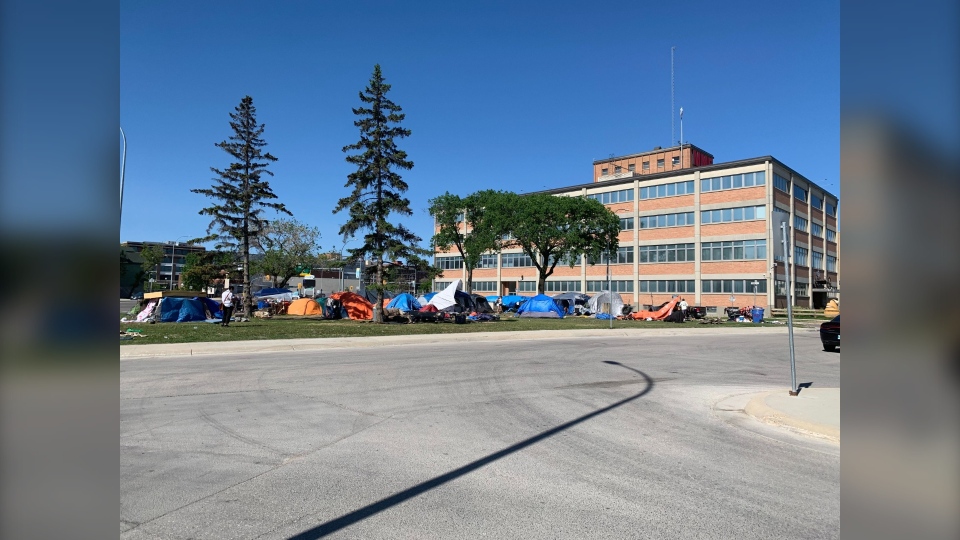 Mayor Brian Bowman said the city still wants to make sure the bylaw gets enforced, but that it’s also done so in a compassionate way.

In his statement, Browaty said the city seems to have stopped using its own resources to dismantle these homeless camps.

"In May 2019 plans to contract out the work were scuttled but the work was to continue being done by City of Winnipeg internal crews," he said.

"There has been no direction from Council to change course, but at the moment that work doesn't appear to be happening."

The statement noted that city council was copied on letters sent to Bowman from Manitoba Metis Federation (MMF) President David Chartrand and MMF’s legal counsel, saying it has been instructed to take legal action on behalf of the MMF against the city. The letter from Chartrand was sent on May 11 and the letter from legal counsel on June 2.

The letter from the MMF legal counsel said staff has seen illegal drug use and sales, open fires, indecent exposure, loitering, and garbage at these homeless camps. It said the MMF’s parking lot and fence have been urinated and defecated on, and that staff has been harassed and threatened.

Browaty acknowledged there is no easy way to end homelessness, but said the federal and provincial governments have opened up additional resources during the COVID-19 pandemic.

"Agencies like the Main Street Project have risen to the challenge presented by COVID-19 to provide appropriate shelter while maintaining physical distancing," Browaty said.

"They have added isolation spaces and accelerated new beds to the point where there is no reason people need to live in these encampments. Based on my conversations with the Main Street Project, the Disraeli encampment has grown out-of-control."

Browaty emphasized that the encampment by the Disraeli Freeway is not safe for the neighbourhood.

According to the mayor’s office, Bowman spoke with Chartrand about his letter on May 21.

The city’s legal department is reviewing the situation and will respond directly to MMF legal counsel.

The mayor will not comment on the matter until the legal department’s review. 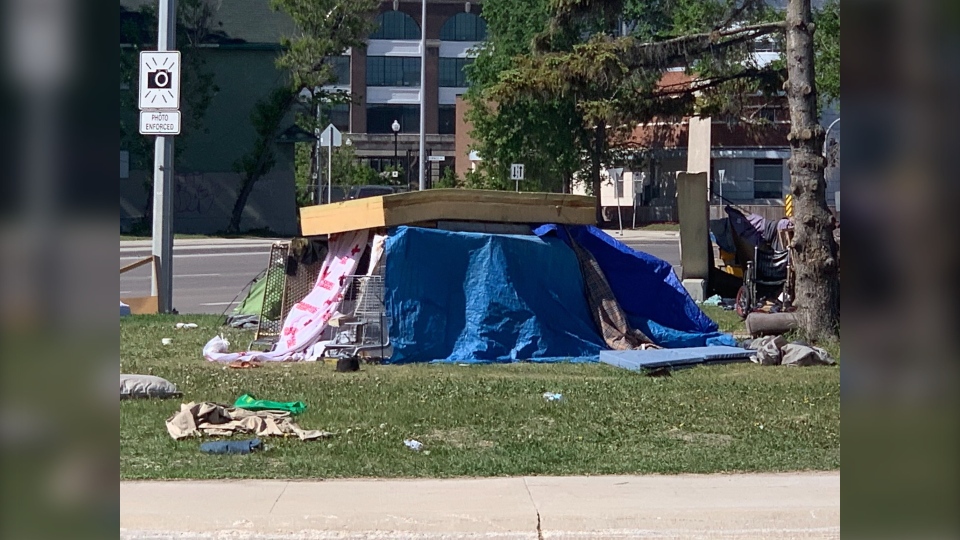