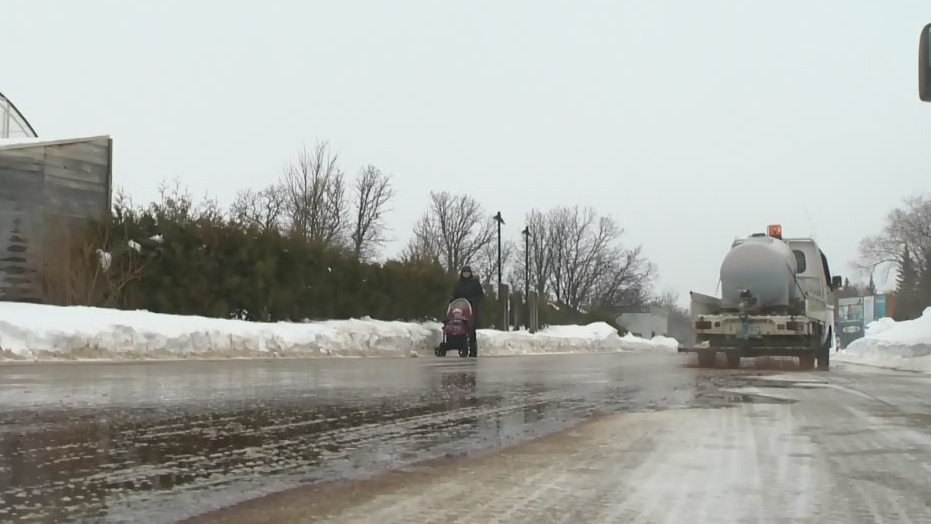 St. Boniface City Councillor Matt Allard has submitted a motion for a cost analysis of expanding the use of beet juice this winter instead of the usual dry applications. (File Image)

The city could be exploring a new method of treating slick winter roads that could beet the traditional sanding and salting.

St. Boniface City Councillor Matt Allard has submitted a motion for a cost analysis of expanding the use of beet juice this winter instead of the usual dry applications.

Allard said he drafted the motion after meeting with beet juice producers.

Over the past few years, the city has been using around 100,000 litres of beet juice on roads, bridges and overpasses.

Allard’s motion calls for a city-wide application of the solution on roads this winter.

The study would also analyze the damage caused by sand and salt use to roadways, boulevards, trees, plows, and other city assets.

He said although salt may be cheaper than some alternatives like beet juice, he wants to get a better understanding of its long-term effects.

“I'm looking for a bigger picture analysis of how much damage is salt and sand doing to our streets. How much does it cost to clean up?” Allard said.

“I don't think we've ever really looked at comparisons between different scenarios - more beet juice, more of this other product. I think there may be some efficiencies to be had if you look farther than just that one budget year."

The issue will be debated at the Riel Community Committee hearing Tuesday.