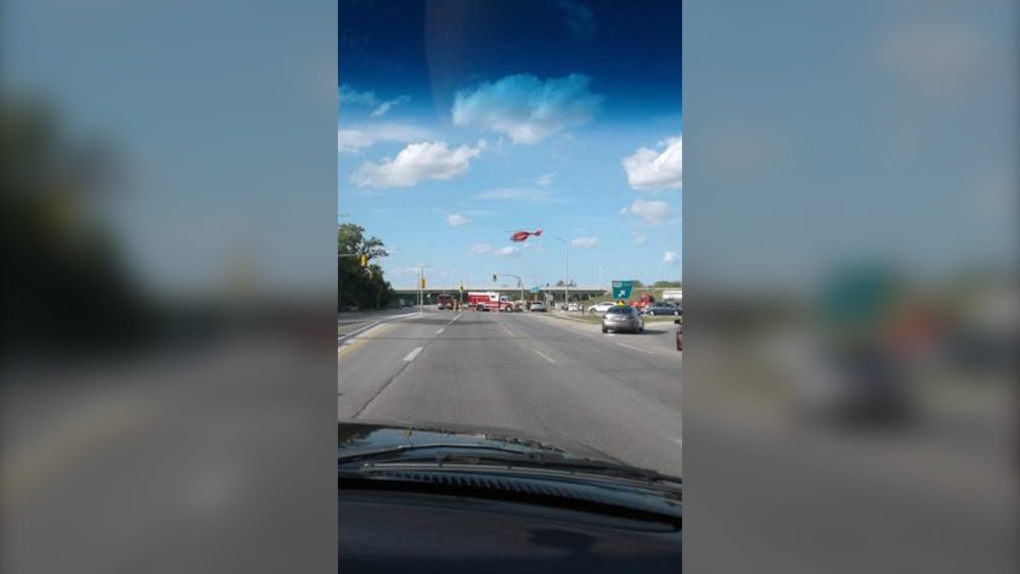 RCMP officers say an 82-year-man is dead following a two-car crash on Henderson Highway at the north Perimeter exit ramp on Sunday.

According to an RCMP news release, the car being driven southbound by the 82-year-old man was making a left turn onto the exit ramp when it was struck by a northbound car.

Police say the 82-year-old driver, who wasn’t wearing a seatbelt, was taken to hospital with life-threatening injuries and later died. The driver of the other vehicle, a 58-year-old man, had minor injuries.

Mounties said alcohol wasn’t a factor in the crash, but it appears the car turning onto the exit ramp didn’t yield to right of way.