WINNIPEG -- The Winnipeg Police Service’s Professional Standards Unit has launched an investigation into the conduct of a police officer who was already under scrutiny, after a second video of him surfaced on social media.

The officer was captured in a video on Dec. 8, ticketing a driver after a woman in the passenger seat asked him to put on a mask. Both the driver and the woman were health-care workers and questioned why the officer wasn't wearing a mask while talking to them.

Now another video has surfaced showing a similar situation unfold.

Trisha Fletcher recently posted a video she recorded of an incident that happened on Main Street in November 2019. The video shows the same officer threatening to arrest an Indigenous man who questioned why the officer was looking into his truck without a warrant.

Fletcher told CTV News on Tuesday she posted it on Facebook after seeing the earlier video involving the health-care workers and recognizing the officer.

Fletcher, her fiancé Steven, and his twin brother Stephen were at a hotel visiting a family member when, as they were leaving, they saw the officer inspecting their vehicle and repeatedly asked him why.

The officer could be heard saying he doubts the truck belonged to Strange.

“I’m going to go on that radio and get another car to come down here and then things go bad," the officer says in the video.

Fletcher said the officer threatened her with arrest unless she stopped recording. 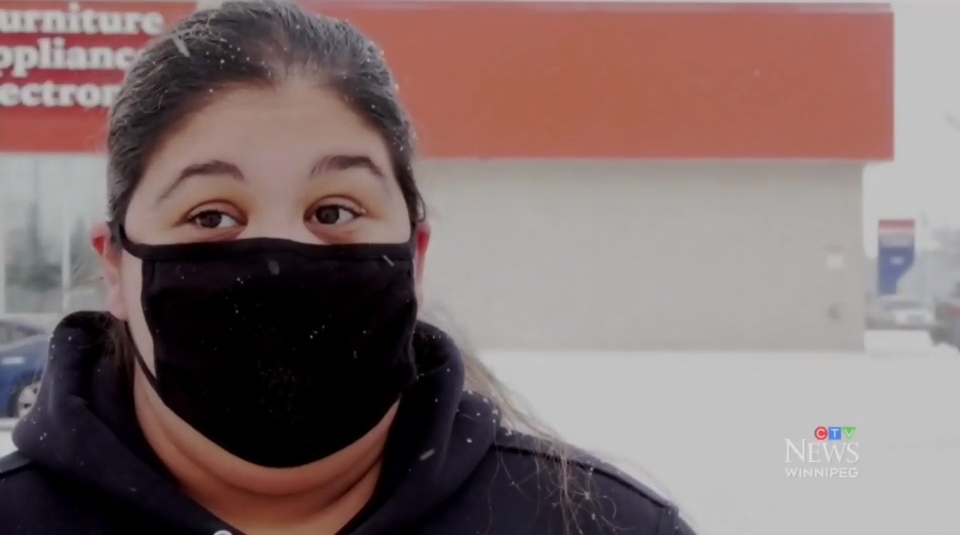 At one point in the video, Steven Stranger said he makes more money than the officer, to which the officer is heard responding, “Not legally you don’t.”

His brother Stephen Stranger said he was later handcuffed and put in the “drunk tank” overnight.

“I didn’t do anything,” Stranger told CTV News. “It felt very scary and intimidating; you never know what the cop might do.”

A spokesperson for the Winnipeg Police Service (WPS) said the video is the subject of a WPS Professional Standards Unit Investigation, but would not provide further information.

Moe Sabourin, the president of the Winnipeg Police Association, said he won’t comment on specific cases, but released a statement.

“We know that the public holds us to a high standard of conduct and that they expect us to carry out our duties with the highest level of respect and professionalism," Sabourin said in the statement.

"Our members are subject to significant scrutiny – from the Professional Standards Unit, from the Law Enforcement Review Agency, from the IIU, from the Police Board, from the public, from traditional media and, as we are increasingly seeing, from social media.”

Fletcher and Stranger said they are now preparing to file a complaint against the officer.