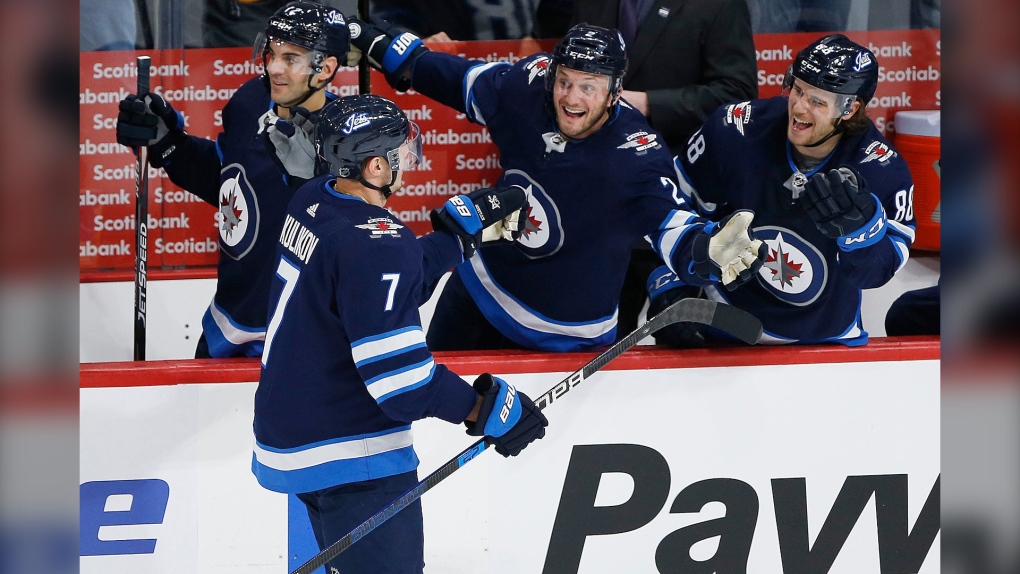 WINNIPEG -- Connor Hellebuyck stopped 34 shots to record his fifth shutout of the season as Winnipeg blanked the Washington Capitals 3-0 on Thursday night.

Hellebuyck is now tied for the NHL lead in shutouts.

Ilya Samsonov made 30 saves for Washington (39-19-6) two days after the Capitals won the first game of the home-and-home series in the shootout 4-3.

Kulikov beat Samsonov with a screened shot from the blue line 6:33 into the game. Blake Wheeler and Neil Pionk assisted on the eventual winner.

After a scoreless second period, Connor gave the Jets a 2-0 lead 7:20 into the third period. He converted a pass from behind the net from Scheifele, who extended his point streak to six games. It was Connor's 32nd goal of the season and 99th of his career.

Scheifele added an empty net goal on an assist from Connor with 1:28 left to play.

Hellebuyck robbed Washington sniper Alex Ovechkin at least twice and made a great glove grab off recently-acquired forward Ilya Kovalchuk during a second-period power play. He also stopped forward Jakub Vrana on a breakaway early into the final frame.

Winnipeg lost forward Patrik Laine early in the first after he blocked a shot by Michal Kempny, which hit his left foot. It was Laine's first shift of the game and lasted just 23 seconds.

The Jets are now 6-2-1 in their last nine home games. They killed off all three penalties called against them and are 16 of 16 on the penalty kill in their last 10 games.

Winnipeg will play the Oilers in Edmonton on Saturday before returning home for a three-game homestand next week.

This report by The Canadian Press was first published Feb. 27, 2020.