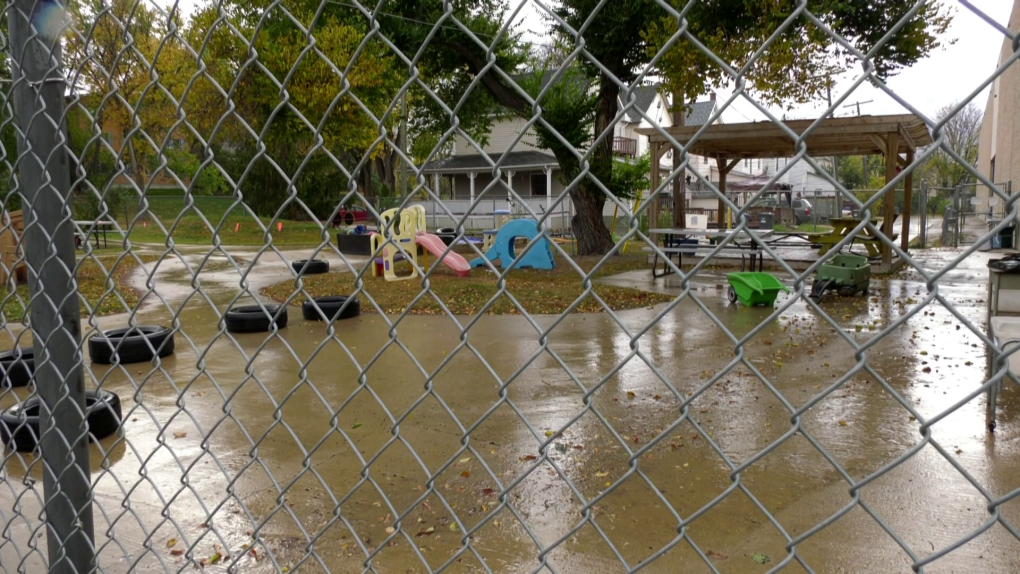 WINNIPEG -- The province has announced possible exposures to COVID-19 at a school and two daycares in Winnipeg.

On Friday, the province confirmed there had been possible exposures at Hugh John Macdonald School, the Lindenwood Childcare Centre, and the Les enfants précieux childcare centre.

In a letter sent to parents of Hugh John Macdonald School on Thursday, the Winnipeg Regional Health Authority (WRHA) said there had been two confirmed cases of COVID-19 in the school on Sept. 28 and may have been infectious.

The WRHA said the risk of exposure has been assessed as low and said the infections were not acquired at the school.

The province said a cohort at the Lindenwood Childcare Centre, located at 1 Princemere Road in Winnipeg, is self-isolating based on public health recommendations.

The province did not say if any cases were confirmed within the centre, but the WRHA said there had been a possible exposure at the centre on Sept. 23 to 25, and Sept. 28 to 29.

The risk is considered low and the infection was not acquired at the centre.

The WRHA said additional cases of COVID-19 have been confirmed at the Les enfants précieux childcare centre since Sept. 18, which includes staff, school-aged children, and those younger.

CTV News has reached out to the province to find out how many total cases have been confirmed at the centre.

"Based on the public health investigations to date, the infections are not believed to have been acquired at the school or daycare," the WRHA said in a letter to parents, adding the risk is considered low.

"However, public health officials are monitoring the situation closely to determine if there are any links between the cases or evidence of transmission in the daycare."