Crews on scene of warehouse fire for 32 hours, says city, as donations for those impacted pour in 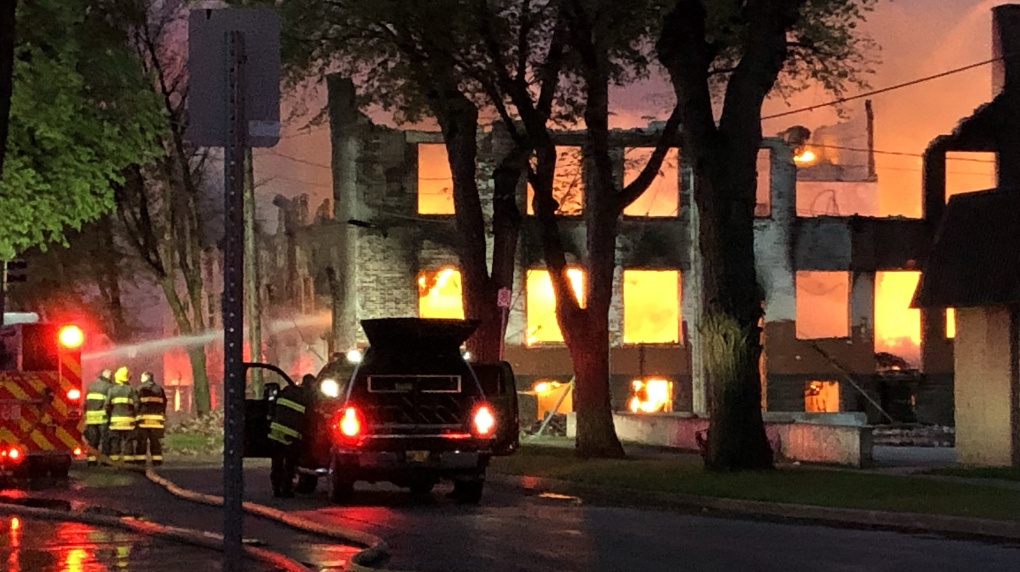 The Winnipeg Fire Paramedic Service spent 32 hours on the scene of a fire that demolished a warehouse on Monday.

Fire crews were called to the fire, located at 274 Jarvis Avenue, around 12:45 a.m. According to the City of Winnipeg, over the course of the 32 hours, firefighters fought the flames, demolished the building and extinguished hotspots.

A fire watch has been put in place and crews will return to the scene every two hours to check for and extinguish hot spots.

The city said the warehouse owner’s private insurance company is now in control of the scene and responsible for safety and clean-up.

The cause of the fire is being investigated and no damage estimates are currently available.

The building’s primary tenants were a group of 27 artists, who lost their work, supplies and tools in the fire, along with musicians and entrepreneurs who used the building.

READ MORE: Warehouse that burned 'a beacon of hope for a lot of people'; artists, musicians and entrepreneurs speak on what was lost

A GoFundMe campaign has been set up by Border Crossings Magazine, in partnership with the Winnipeg Art Gallery and the Plug In Institute of Contemporary Art to help offer financial support to those affected.

Meeka Walks, editor of Border Crossings Magazine, said it didn’t take much time for them to decide that help was “absolutely necessary.”

“It’s devastating because it’s the history and memory of so many artists,” she said.