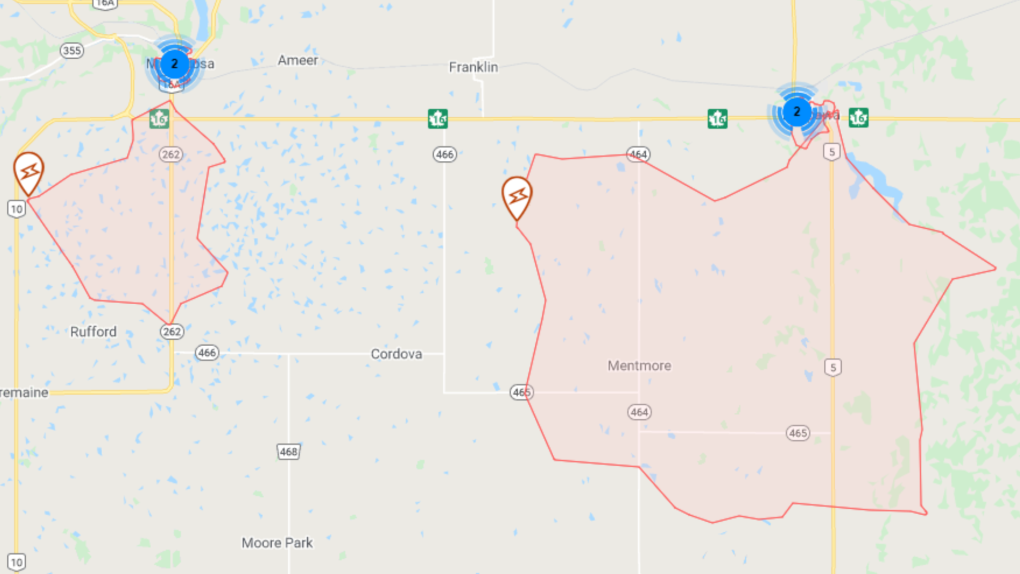 WINNIPEG -- A crow is being blamed for a power outage in southwestern Manitoba Sunday night.

Manitoba Hydro initially reported the outages in the Minnedosa and Neepawa areas shortly before 9 p.m. It was first believed the outage was caused by a lightning strike.

At its peak, about 1,630 customers were impacted.

Manitoba Hydro shared on Twitter around 10:30 p.m. the Neepawa outage was caused by a crow landing on equipment. Power in that area is expected to be restored by 11:30 p.m.

In Minnedosa, the Crown corporation said crews are running to trouble with restoring power, so there is no restoration time as of yet.

#mboutage update, Minnedosa and Neepawa:
Neepawa outage was caused by a crow landing on equipment. Estimated time of restoration is 11:30.
In Minnedosa we’re running into troubles returning electrical load to the system — no estimated restoration time yet.