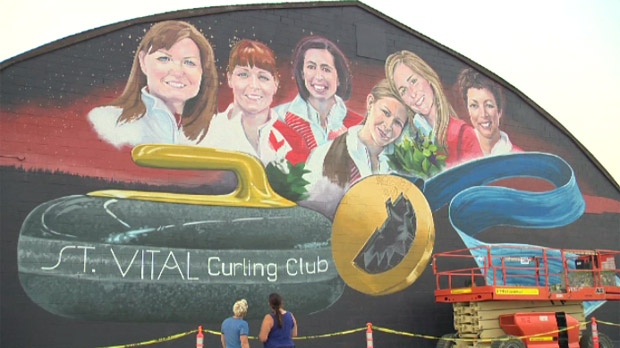 Winnipeg's favourite golden girls haven't forgotten their roots, and now Jennifer Jones and team are even more connected to their home curling rink.

Two artists have been painting the mural for three weeks and it's all done free-hand.

"The faces were pretty much, more or less, my expertise, and it was difficult, but I'm used to it, so, it's a bit nerve wracking because they are in the public eye. People know what they look like," said artist Michel Saint Hilaire.

The women made Olympic history when they went undefeated in the 2014 Sochi Winter Games.