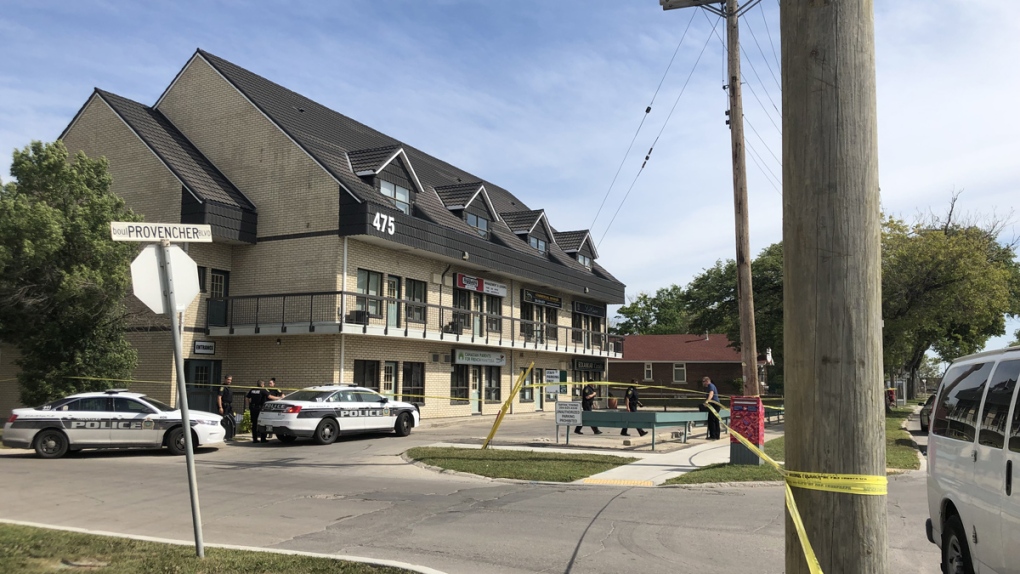 Members of the Winnipeg Police Service’s major crimes unit are investigating the circumstances around the death of a woman found near a business in St. Boniface Saturday morning.

Police said emergency personnel responded to the 400 block of Provencher Boulevard around 8:25 a.m. for a report of an unresponsive person and located a deceased woman.

The building is located on Provencher Boulevard near La Fleche Street.

The officers, including some members from the identification unit were seen moving a stretcher.

Two neighbours tell CTV News they woke up around 3 a.m. Saturday to sounds of a woman screaming and called police.

Shortly after noon, police removed yellow tape that was put up around the building and left the immediate area.

Police said they’re waiting for a post-mortem examination to be completed before releasing further details.