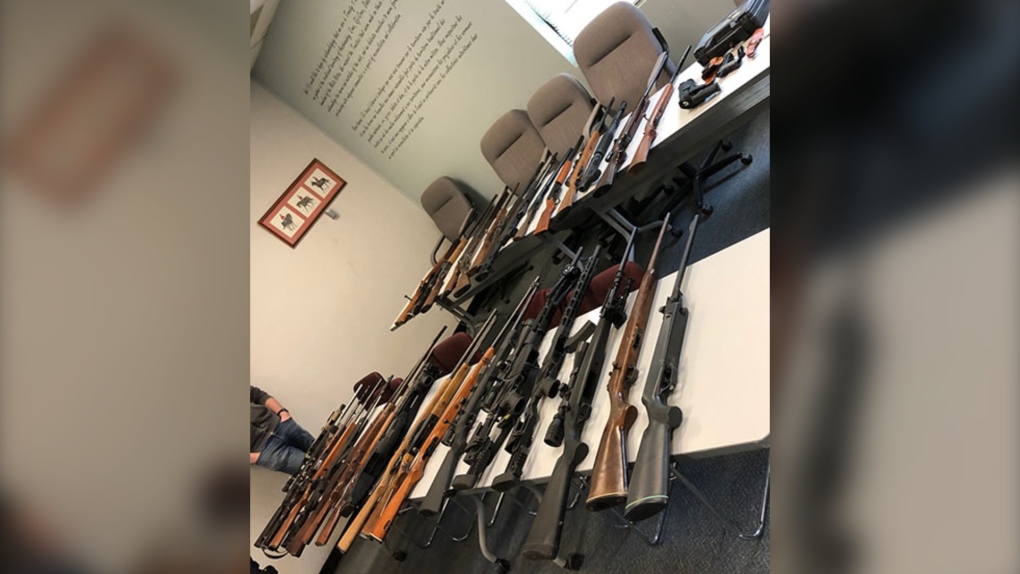 According to a release, Portage la Prairie RCMP made the stop at 9:20 a.m. on March 12. During the stop, officers located a loaded .22 caliber pistol in the middle console of the vehicle. The man was arrested without incident.

Later that morning, RCMP executed a search warrant on a rural property near Treherne. During the search, RCMP seized 36 firearms, including four restricted firearms.