Dog rescued from home after fire breaks out in basement 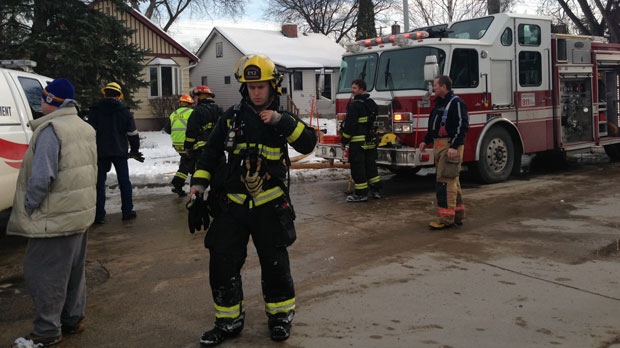 Fire crews rescued a dog from this house on Renfrew Street Saturday after a blaze broke out in the home's basement.

Winnipeg fire crews worked to save a dog from a burning home Saturday afternoon.

The blaze broke out in a home in the 100 block of Renfrew Street.

Crews arrived just after 12 p.m. after a call from a concerned neighbour who said they saw smoke pouring out of the home.

“They went into an offensive attack on entry into the main floor. They encountered heavy smoke but didn’t find the main fire,” said platoon chief Frank Leswick with the Winnipeg Fire and Paramedic Service.

Leswick said there was no one home at the time, but fire crews did usher out a dog, who was home alone.

“There was one dog that was removed, and he is doing well right now,” said Leswick.

Firefighters had to smash a basement window and ran their hoses through the house to douse the flames.

Crews were then able to get the blaze under control quickly, and officials said the cause is now under investigation.

“The fire investigator is on the scene and is just starting his investigation.”