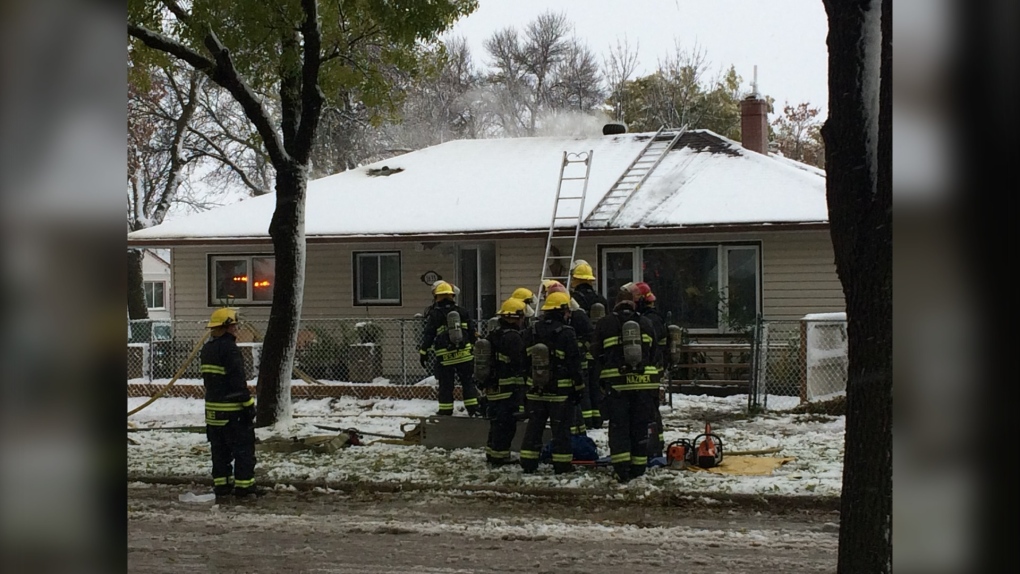 The City of Winnipeg said downed power lines are to blame for a garage and house fire in the city Thursday morning.

WINNIPEG – The City of Winnipeg said downed powerlines are to blame for a garage and house fire in the city Thursday morning.

The Winnipeg Fire Paramedic Service was called to a fire in a garage in the 1500 block of Magnus Avenue around 10:30 a.m. When fire crews arrived, they found downed power lines in the area.

The City of Winnipeg said Manitoba Hydro was notified, and fire crews were able to get the fire under control quickly.

Less than 10 minutes later at 10:37 a.m., firefighters were called to another fire in a home in the 1600 block of Pritchard Avenue – roughly two blocks away from the first fire.

When fire crews arrived, they saw smoke coming from the roof, and power lines that had fallen in the area.

Fire crews notified Manitoba Hydro and the began an offensive attack on the fire. The fire was under control shortly after 11 a.m.

The city said everyone in the house was evacuated before crews arrived. No one was hurt in either fires.

According to the city, early observations suggest that both fires were caused by power lines falling on the buildings. There are no damage estimates at this time.